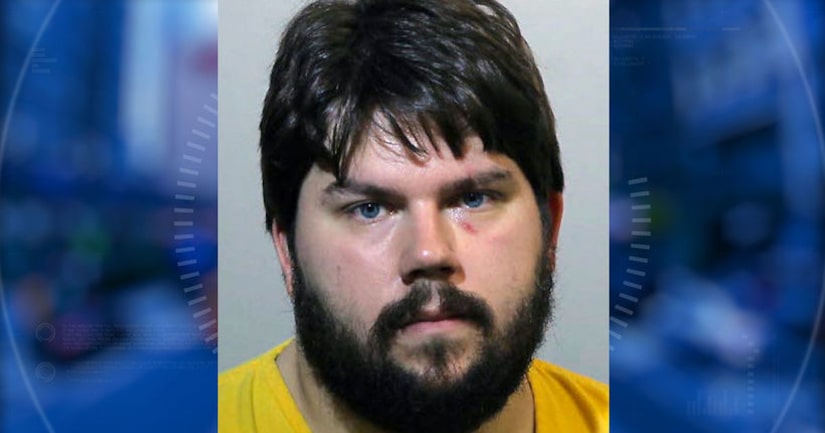 SEMINOLE COUNTY, Fla. -- (WKMG) -- A woman who was killed by her jealous ex-roommate who initially claimed that an intruder was responsible for the crime was found with duct tape covering her face and binding her wrists to the bed, according to the Seminole County Sheriff's Office.

Christina Danielle Scarr, 20, was found dead in her Apopka home Friday after her ex-roommate, 26-year-old Asgeirr Ulfr, called 911 to report that an armed intruder shot him in the foot as he was dropping off a key to Scarr, who appeared to be unconscious, an arrest warrant said.

Ulfr told deputies that a woman with a hood over her face was responsible for the crime and she fled through the back door before authorities arrived, according to the document.

Deputies said when they arrived at the home on Gina Court, they found Scarr unresponsive. They said she was wearing only underwear with her face and hands covered in duct tape, her wrists duct-taped to the bottom part of the bedpost and her ankles bound together with cable ties.

She had scratches, bruises and blood on her body, and chunks of her hair that had been cut were found on the bedroom floor, according to authorities.

Scarr was pronounced dead at the scene.

Seminole County Sheriff Dennis Lemma said on Friday that it did not appear Scarr had been shot. While deputies said they will not release a cause of death until after an autopsy is completed, they did say that they believe Scarr stopped breathing at some point during the commission of the crime.

Two guns were found in the home, according to the arrest warrant.

Through the course of the investigation, deputies said they learned that Scarr and Ulfr met while working at an Olive Garden restaurant and he claimed they became involved in a romantic relationship that eventually resulted in him moving in with her. Ulfr said their relationship ended in January when Ulfr found out Scarr was cheating on him, according to the report.

Deputies said Wednesday that Scarr and Ulfr were never actually in a romantic relationship, instead they were only coworkers and former roommates.

Scarr's boyfriend told deputies that Ulfr had installed the Find My iPhone app on Scarr's phone to track her and that he had made threats toward her on at least one occasion, deputies said. A coworker agreed that Ulfr had jealous tendencies and Scarr did her best to stay away from him.

Deputies said Ulfr told him that he and Scarr remained friends and that he went over to her house that morning to drop off a storage key. He claimed when he arrived, the door was ajar so he entered and called for Scarr but when she didn't answer he went looking through the home and that's when he saw Scarr and a masked woman shot him in the foot, the report said.

Investigators said they found a bag of cable ties in the Volkswagen Beetle that Ulfr drove to the home.

Ulft was arrested Saturday on a first-degree murder charge. He's being held without bond at the Seminole County Jail.