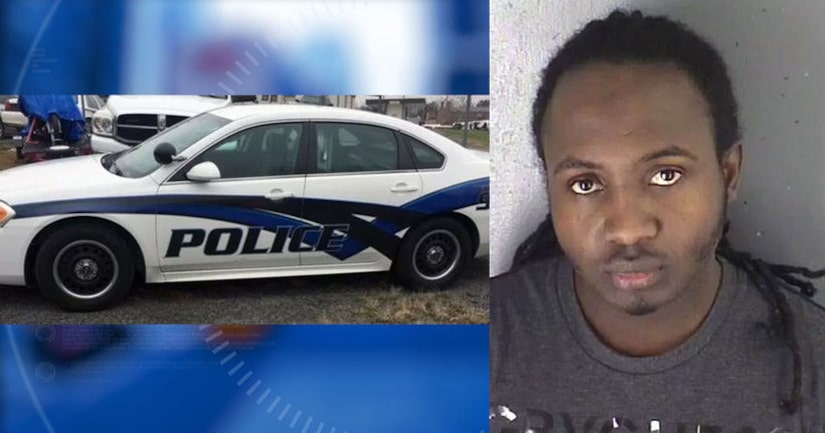 FAUQUIER COUNTY, Va. -- (WTVR) -- A Fredericksburg man has been arrested for impersonating a law enforcement officer after police say he followed a woman through three states in a car that looked like a police cruiser.

Investigators say the incident happened on the afternoon of April 7.

A female victim called police and told dispatchers she was being followed by a police car and was in fear for her safety. The woman said she noticed the driver following her from western Maryland, into West Virginia, then into Fauquier County, Virginia.

She said police car had police markings, and blue lights, that were being used to maneuver through traffic to keep up with her.

The vehicle was described as a 2010 Chevrolet Impala white and blue in color with the word “police” on the doors and trunk.

The driver, identified as 28-year-old Jerry Lentz Saintvil, told the deputy the “police car” was used to shoot a music video in Winchester and he was driving hope to Fredericksburg.

After a search of the vehicle, deputies say they found police-style gear, including a tactical vest, a Department of Justice pin, an AirSoft gun and portable radios.

Deputies say this is not the first time Saintvil has impersonated a police officer due to his criminal background.

After an investigation, Saintvil was charged with impersonating a police officer, 2nd offense; false ID to law enforcement to avoid arrest, 2nd offense and driving on a suspended license, 3rd or subsequent offense.

He is being held in the Fauquier County Adult Detention Center with no bond.