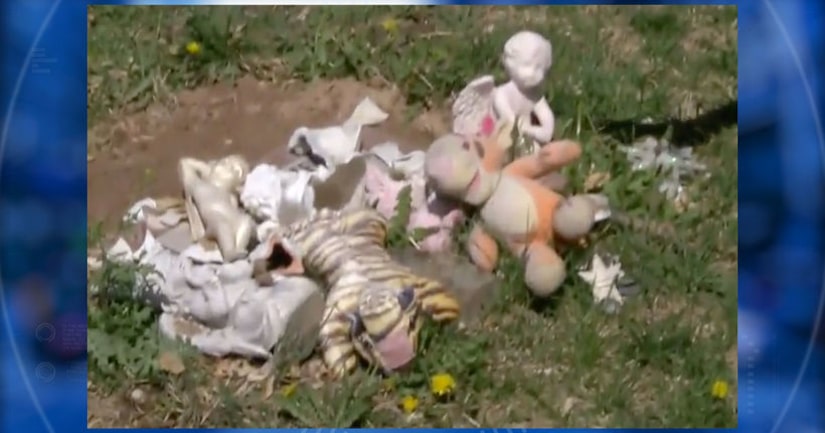 BELEN, N.M. -- (KRQE) -- Families are devastated. Someone destroyed the grave sites of babies buried in a special area at the Our Lady of Belen Cemetery.

A couple who just buried their infant son months ago found it yesterday.

It happened is an area known as the Garden of Angels where babies are buried.

Andrew and Lorina Chavez say someone went through and broke some ceramic angels, left broken Easter eggs scattered around and knocked over decorations.

Although their son's grave wasn't badly damaged, they say it's incredibly disrespectful to parents who have children here.

"We both just sat here and cried," Chavez explained. "Because it's sad that someone just came over here and just ruined everything."

The manager at Our Lady of Belen Memorial Gardens says it's sad that someone would do this and has no idea who it could have been.

She says it is an open cemetery and people can walk through anytime.

They have had some issues with homeless people staying here and even finding needles around.

But, this is uncommon.

The church is asking people to be on the lookout and report any suspicious activity.