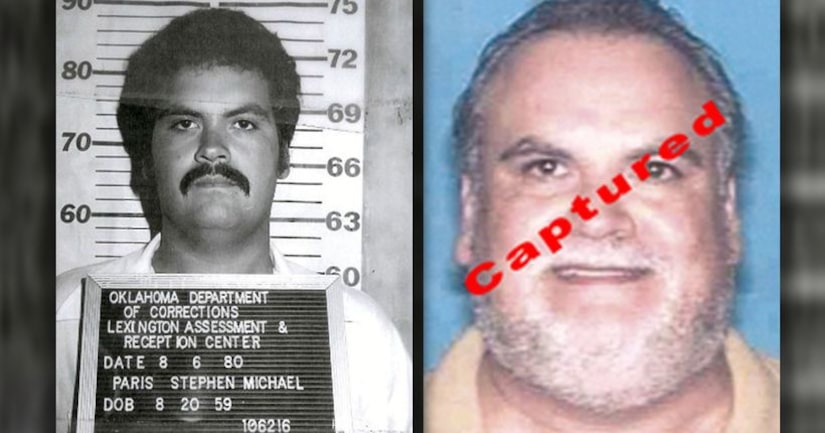 OKLAHOMA CITY -- (KFOR) -- A man who escaped from an Oklahoma prison 37 years ago has been captured.

Paris was one of Oklahoma Department of Corrections' “Most Wanted,” for his 1981 escape from the Jess Dunn Correctional Center.

U.S. Marshals adopted the cold case approximately six weeks ago when investigators discovered an obituary of Paris's mother, which listed a son by the name Stephen Michael Chavez.

The Marshals tracked the name and found that Paris had been living and working under that alias in the Houston area.

Paris was arrested without incident, and a fingerprint match confirmed his identity.

Paris, who was 22 at the time of his escape, had served approximately 19 months of a nine-year sentence when he escaped.

His convictions included possession and distribution of drugs.

FULL STORY: Man who escaped from Oklahoma prison 37 years ago has been captured - KFOR