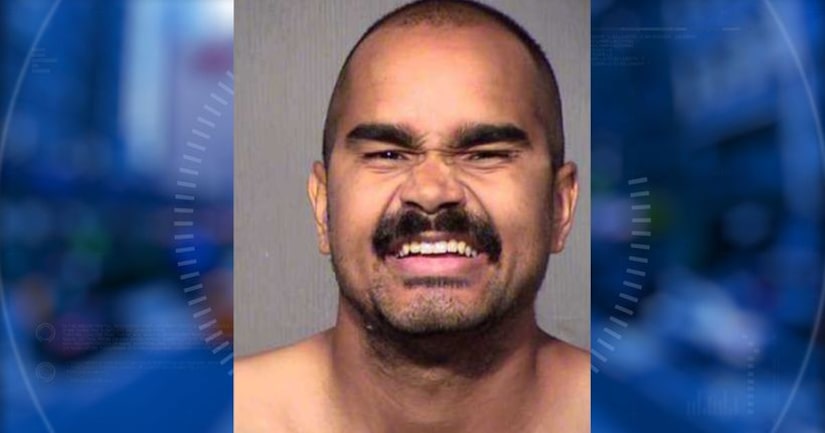 GLENDALE, Ariz. -- (KNXV) -- A woman alleges a Valley man attempted to forcefully kiss her on a public bus before following her and then sexually assaulting her.

On April 5, the victim was sitting at the back of a Valley Metro bus when 27-year-old Demetrius Gunnar Burns got on at 59th and Peoria avenues.

The woman told police that Burns started talking to her, and during their conversation he put his hand on her leg, court documents said. He is accused of then grabbing the woman's face and attempting to kiss her, despite her telling him she did not want to kiss him.

The woman then got off the bus at 59th Avenue and Country Gables Drive, and was approached by Burns, court documents stated.

While talking to Burns, the victim received a phone call which upset the suspect and he “grabbed her wrist with force,” court documents said. The woman was able to pull away and ran across the street.

Burns is accused of following the woman and grabbing her by the shoulders. He then pushed the woman up against a wall and refused to let her leave, court documents said.

The victim accused Burns of grabbing her breasts and genital area over her clothing before exposing himself to her. He is also accused of slapping the victim's buttocks.

According to court paperwork, the suspect also attempted to pull the woman pants down but she was able to call police for help.

While being questioned by investigators, Burns allegedly explained that the woman told him "no" but he felt it was a “weird no.” Burns also told officials that he was “drugged” which is why he did what he did.