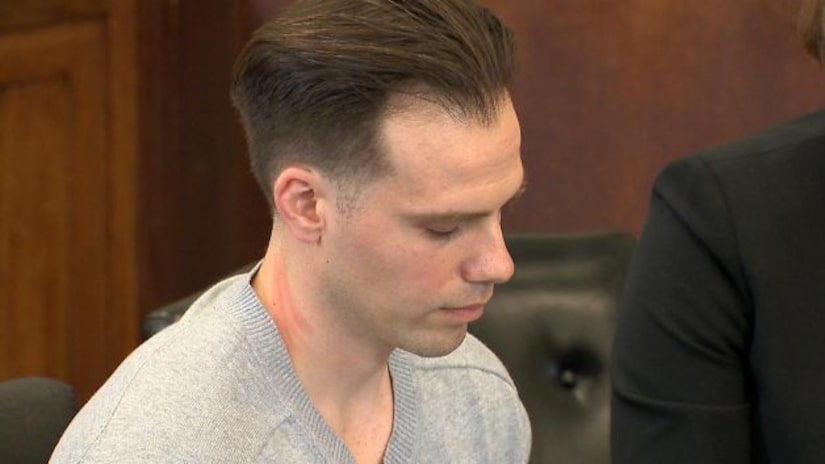 REVERE, Mass. -- (WBZ) -- An alleged gang member who fatally shot an off-duty Revere police officer will walk free in two to four years under a plea agreement with the Suffolk County District Attorney.

Robert Iacoviello, 30, learned his fate during a dramatic hearing that was filled with relatives and family members of the officer Daniel Talbot.

“The fact that you might be out in two years is insane to me. I begged the court not to take this offer,” said the victim's brother, Paul Talbot.

The night of September 29, 2007, Iacoviello opened fire in a field behind Revere High School believing Talbot, who was drinking there with other off-duty officers, was the member of a rival gang who had taunted one of his friends.

Iacoviello was convicted of second-degree murder, but it was overturned by an appeals court because the judge in the case did not properly instruct the jury.

The plea deal avoids a re-trial, and though Iacoviello was sentenced to 14 years in prison, he'll be out sooner with 10 years already served.

Talbot's former fiancée, Constance Dussault, was with him the night he died and gave a victim impact statement. “I now live my life with the last vision of Dan gasping for air while I held his hand, telling him to be strong and that I loved him,” she said.

Prosecutors say they reluctantly agreed to the plea deal given the passage of time, the difficulty in putting the case back together and relocating witnesses.

Iacoviello says he knows he can't bring Talbot back but offered an apology: “I really truly hope everybody can be healed from this. I apologize and take responsibility for my actions.”

It ends a long legal drama, but Talbot's family says it is not closure.