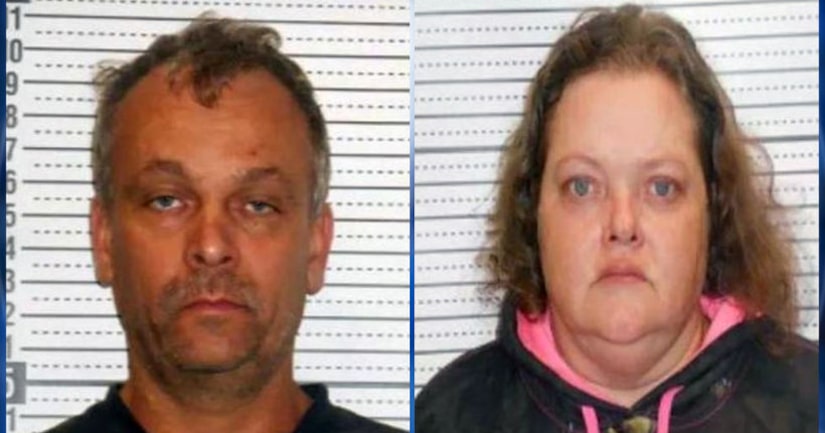 BOLIVIA, N.C. -- (WSOC/AP) -- A North Carolina man who was beaten so badly as a toddler that he became deaf and blind has died, and prosecutors have charged a couple who already served more than a decade in prison for the crime with murder.

Robyn Lynn Noffsinger, 41, and her former boyfriend, David Raeford Tripp Jr., 45, were in court Tuesday to face charges in the death of 21-year-old David Stuart, who died March 8. Noffsinger was Stuart's biological mother.

Stuart's injuries after the beating in 1997, when he was a toddler, were so severe that emergency room doctors said he'd have "no thinking process for the rest of his life," Brunswick County Assistant District Attorney Jacob Ward said, according to The News & Observer.

In a first court appearance, prosecutors said double jeopardy doesn't apply in this case since the original charge was felony child abuse.

Gordon Widenhouse, a law professor at Wake Forest University, said that as long as two crimes being discussed each have an element that the other doesn't, there is no double jeopardy. He also noted the technical legal argument that the two crimes are different and the new charges don't violate the Constitution.

"But it's a dicey situation," Widenhouse said.

Prosecutors also said North Carolina's old "year and a day rule" does not apply. Under that law, if a person assaulted died more than a year and a day from the original injury, suspects couldn't be prosecuted for murder. Widenhouse said that law was struck down by the state Supreme Court.

When David was 3, he was adopted and moved to the Research Triangle area of North Carolina. Adoptive mother Beth Schmitt told WNCN-TV in Raleigh that David couldn't, walk, talk or eat on his own, and often had trouble breathing, but he immediately became part of the family even though his prognosis was grim.

"I was lucky more than anything," Schmitt said. "Everyone says he was lucky to have us, but we were so lucky to have him. I don't know what else I would've done with my life other than have him."