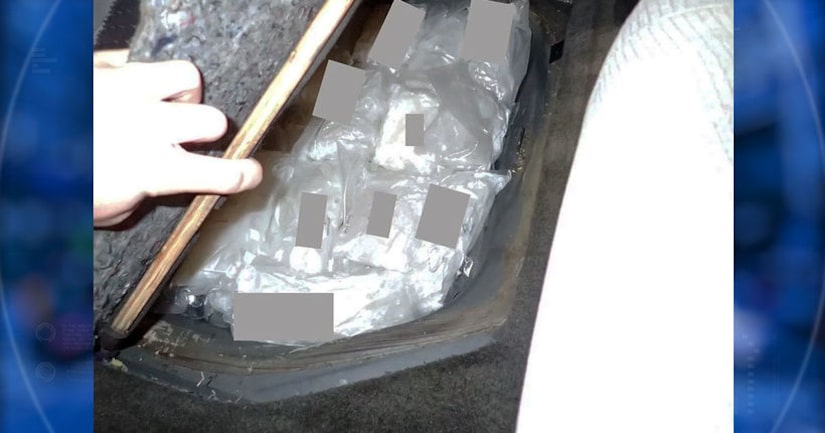 SAN DIEGO -- (KSWB) -- A woman was arrested Monday on suspicion of smuggling 231 pounds of narcotics across the border, according to U.S. Customs and Border Protection.

Officers found 206 wrapped packages of methamphetamine, cocaine and heroin, CBP said. The street value of the drugs was estimated to be just over $1 million.

The woman was arrested and taken to the Las Colinas Women's detention center. Her children were turned over to a family member.

“CBP has seen many forms of drug smuggling through the years,” said Pete Flores, director of field operations for CBP in San Diego. “The hardest ones are when adults include their children in attempted smuggling schemes.”