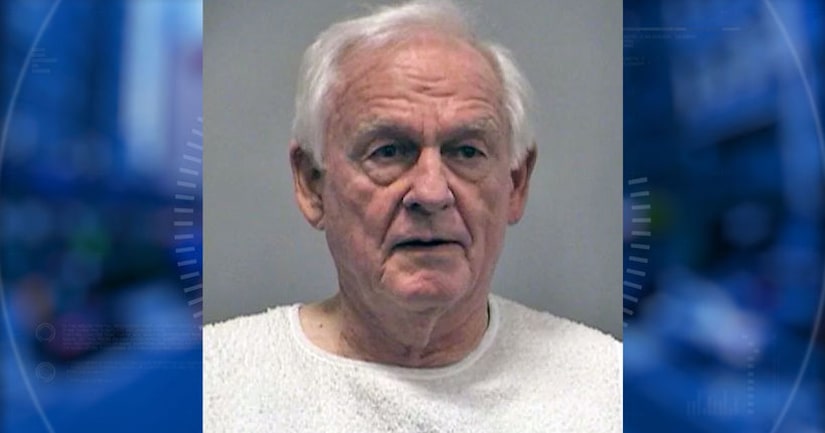 "We've had our birthdays without him and our holidays without him, and all the little moments that make life what it is all about. Without him here to bring what he could have to our lives," Reigel said. "For 168 days, we've all wondered if this day would ever come. We have hoped and prayed. We've been in the turmoil of the unknown. And today, officially we have some of those answers and some of our fear can be calmed."

Reigel said Wednesday's announcement "a desperately needed first step toward justice. True justice. Not the kind one person decides to take into his own hands."

Reigel referred to a saying her late husband used to recite, "No one gets to be judge, jury, and executioner."

Emily Riegel, wife of the victim, Tom Pickert, speaks at a news conference.

Court documents say the single bullet that killed Picket was a .17-caliber round, which is relatively rare. When officials searched Jungerman's white Toyota Sequoia on March 8, 2018 they located an unspent .17-caliber bullet under the passenger seat.

A witness then told investigators that he had a conversation with Jungerman that same month, and during that conversation, Jungerman stated he had killed a lawyer with a gun and gotten away with it. According to court documents, Jungerman said he did it because the lawyer stole his money.

On March 9, 2018, the day after searching Jungerman's SUV, investigators executed a search warrant at his home were they located a recording of the conversation the witness described. Court documents say it contained audio recording of a court hearing in Vernon County, Mo., where Jungerman was charge for a crime. After the hearing, the recording continued to run. Jungerman left the hearing and met up with an unnamed individual. The two drove to Jungerman's property to investigate some deer poachers thought to be hunting there. While there Jungerman stated, "It's a shame I don't have a 17 (inaudible), from a distance, we could take 'em out.'" The conversation between the two continued and Jungerman eventually confessed to murdering Pickert, court documents say.

In addition to previous charges unrelated to this case that have kept him behind bars since March, Jungerman, 80, now faces charges of first-degree murder and armed criminal action.

Jungerman was initially questioned and cleared in the investigation into Pickert's murder.

Court documents mentioned on the morning Pickert was killed, a witness told police that he saw an older, gray-haired, white male driving the white van and parking across the street from Pickert's Brookside home. The van belonged to Jungerman.

Pickert had just won a lawsuit for a client in which Jungerman was ordered to pay out more than $5 million. Jungerman shot two homeless men who he said broke into his business.

Court documents say Jungerman threatened Pickert after the verdict in the case was released. Pickert told two people that after the verdict, most of the people left the courtroom except for his client and Jungerman. He said Jungerman approached him in an aggressive manner and said, "None of this matters. I have 186 guns. I did it once before. I will do it again. You can't touch me."

While he did not face any criminal charges, Pickert sued on behalf of his client in civil court because one of the men lost his leg. Pickert was killed the day after Jungerman was served papers saying the courts were coming after his wages and properties he owned in Raytown and Kansas City.