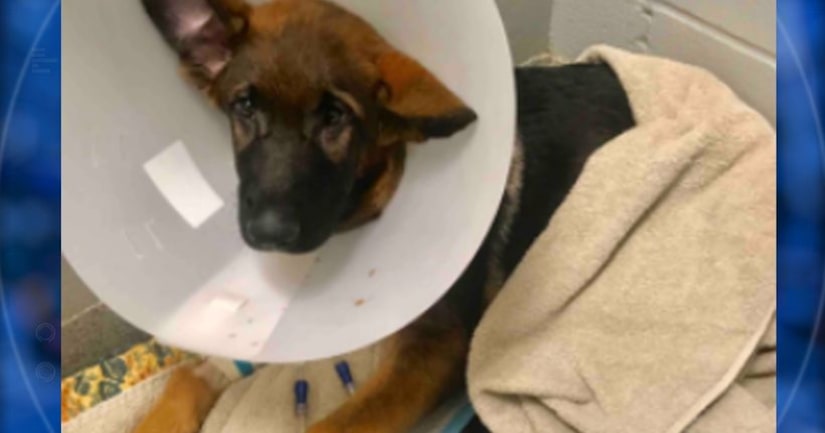 MEDFORD TOWNSHIP, N.J. -- (WPIX) -- A man was arrested after he severely abused his dog and lied about it to raise over $14,000 in donations, police said Tuesday.

On Jan. 22, Reid M. Herjo was stopped by officers for speeding. He told police he was taking his 14-week-old German Shepherd, Atlas, to the veterinary hospital after he was struck by an ATV during a walk, said authorities.

An investigation revealed Herjo intentionally caused injury to Atlas, to the point where the puppy suffered severe injuries, including hemorrhaging and numerous fractures that required surgery, according to police.

Although the puppy was under Herjo's ownership for about six weeks, Atlas also suffered injuries on two earlier occasions where he fell down the stairs in December and fell down a hill in January, police said.

Atlas died on Feb. 3 while still under Herjo's care.

Authorities discovered Herjo had created a GoFundMe page, seeking donations for vet bills. The page said Atlas suffered from injuries after they were both involved in a hit-and-run vehicle crash.