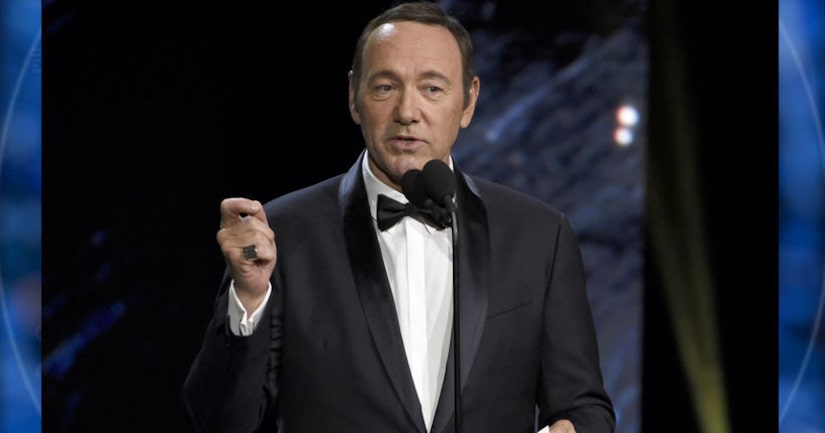 No additional information was made available.

An attorney for Spacey did not immediately return CNN's request for comment.

The news comes nearly six months after Spacey was accused of making a sexual advance on actor Anthony Rapp when Rapp was only 14.

Rapp, now 46, shared his account of the alleged 1986 incident with a then-26-year-old Spacey in an interview with Buzzfeed back in October.

In response to the allegations, Spacey tweeted that he was “beyond horrified to hear [Rapp's] story,” adding that he did not remember the encounter.

“But if I did behave then as he describes, I owe him the sincerest apology for what would have been deeply inappropriate drunken behavior, and I am sorry for the feelings he describes having carried with him all these years.”

Days later, members of the “House of Cards” production staff detailed sexual harassment and an alleged instance of sexual assault to CNN.

A former TV news anchor also came forward with an allegation that Spacey sexually assaulted her son in 2016.

An attorney for Spacey did not respond to CNN's request for comment at the time.

Netflix cut ties with Spacey as a result of the allegations, a move that cost the streaming service roughly $39 million.

The next season of “House of Cards” is set to debut in fall, with Robin Wright leading the cast.

In London, 20 allegations of inappropriate behavior by Spacey were unearthed during an investigation commissioned by officials at The Old Vic Theatre, where Spacey served as artistic director from 2004-15.

The Old Vic said the allegations spanned from 1995 to 2013, with most of the claims taking place before 2009. The theater added that it had not been possible to verify any of the allegations.

At the time, Spacey's representatives did not respond to a request for comment from CNN.

Spacey sought unspecified treatment following the allegations made by Rapp, but has not made a public appearance since.