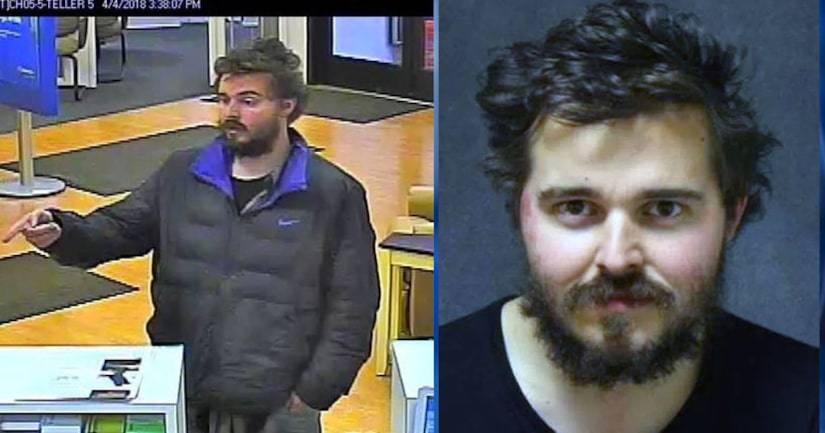 ANSONIA, Conn. -- (WTIC) -- A Derby man accused of robbing a bank told police his motive behind the crime was to impress Taylor Swift.

On April 5, Ansonia police said, Bruce Rowley, 26, was arrested and charged with robbery in the second degree and larceny in fourth degree.

Police said Rowley's arrest came after two people identified him as the person who robbed the Webster Bank at 200 Division Street in Ansonia the day before.

“After identifying Rowley as the person involved in the robbery, detectives obtained an arrest warrant and search warrants for Rowley, his residence and the car Rowley used during the robbery, a 2001 Jeep Grand Cherokee,” Ansonia police said. “The Ansonia Police Department entered the Jeep into a nationwide database as wanted.”

“Rowley refused to stop and engaged the Rhode Island State Police in a pursuit that eventually entered Connecticut,” Ansonia police said. “Troopers from the Connecticut State Police Troop E in Montville joined in the pursuit.”

Police said the pursuit ended at exit 89 on I-95 in Connecticut after troopers used spike strips to flatten the tires on Rowley's Jeep.

“While being taken into custody a Rhode Island State Police K9 bit Rowley in the arm,” Ansonia police said.

After Rowley's arrest, he confessed to committing the robbery.

Police said during the transport back to Ansonia, Rowley “spontaneously uttered that he planned on donating some of the money that he stole from the bank to the Ansonia PD.”

Rowley continued to say that he had a “crush” on Taylor Swift and wanted to impress her, so he robbed the bank.

“He stated that he drove to Taylor Swift's house and threw some money he stole from the bank over her fence,” police said. “Rowley reported that he tried to contact Swift, however, she was not home.”