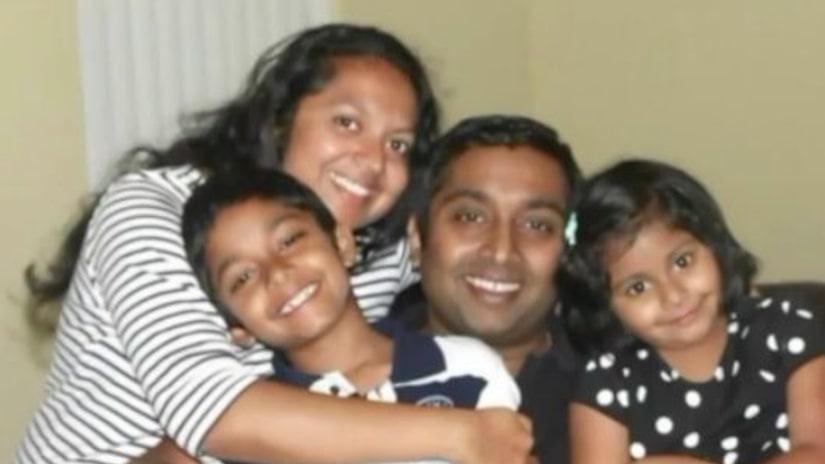 MENDOCINO COUNTY, Calif. -- (KTLA) -- Friends and relatives are asking for help in an ongoing search for a family of four from Valencia who left on a spring break road trip late last month but hasn't been seen or heard from in several days, and now authorities are looking whether their vehicle went into a rain-swollen river in Mendocino County.

Sandeep Thottapilly, 42, took his family up the West Coast on a trip to Portland, Oregon, on March 30. They were planning to stop in San Jose on their way back, but contact was lost with them on Thursday, April 5, according to a missing persons notice posted on social media.

They were last known to be in the "Klamath - Redwood National Park area," the flyer stated. Klamath is an unincorporated area in Del Norte County, north of Redwood National and State Parks in far northwest California.

Thottapilly was traveling with his wife Soumya, 38, and the couple's two children, 12-year-old Siddhant and his 9-year-old sister Saachi.