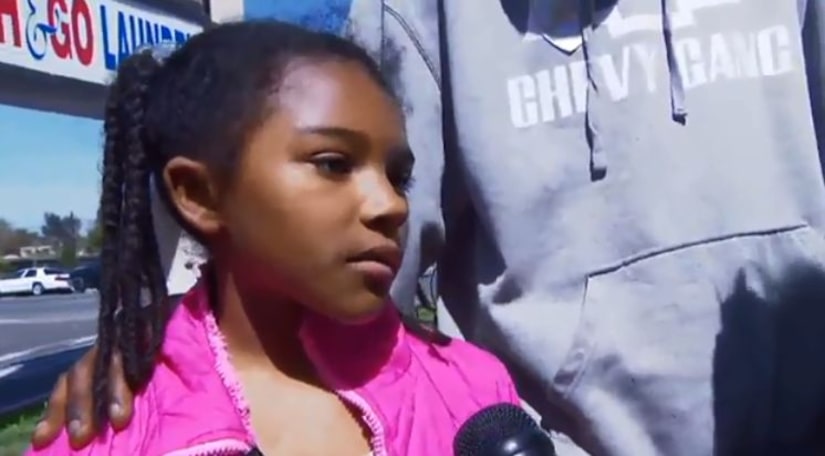 SAN DIEGO -- (WJW) -- An 8-year-old California girl is being hailed a hero after she saved herself and her 3-year-old brother from being kidnapped by calling 911 while inside a vehicle on Monday, according to KABC.

Malaiah Cole and her brother were in the car with the air conditioning and engine running while their father ran inside a hair supply store.

That's when a woman jumped in the car and drove away. Father Rodney Cole said he saw the attempted kidnapping and tried to stop it.

That's when Malaiah's instincts took over and she called 911 with the cellphone her father gave her in case of an emergency.

"They said, '911, what's your emergency?' And I said, 'Me and my little brother got kidnapped.' She said, 'Can you tell us where you are? What do you see?' I said, 'I see signs that say Mexico border.' She tried to take the phone from me, but then I moved away from her. She said, 'Give me the phone or I'm going to drive in circles and crash into the freeway wall,'" Malaiah said.