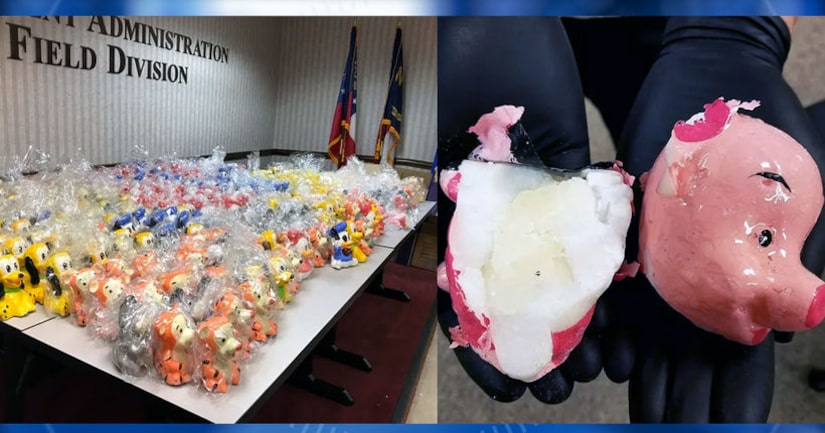 GWINNETT COUNTY, Ga. -- (WGCL) -- Several agencies working together including the DEA and Homeland Security were able to seize 500 pounds of meth and other drugs worth approximately $2 million in Gwinnett County.

The DEA tells CBS46 the origin of the shipment was Mexico and the shipment also contained hundreds of legitimate ceramic-like Disney figurines which were mixed in with the wax figurines and used as a “cover load.”