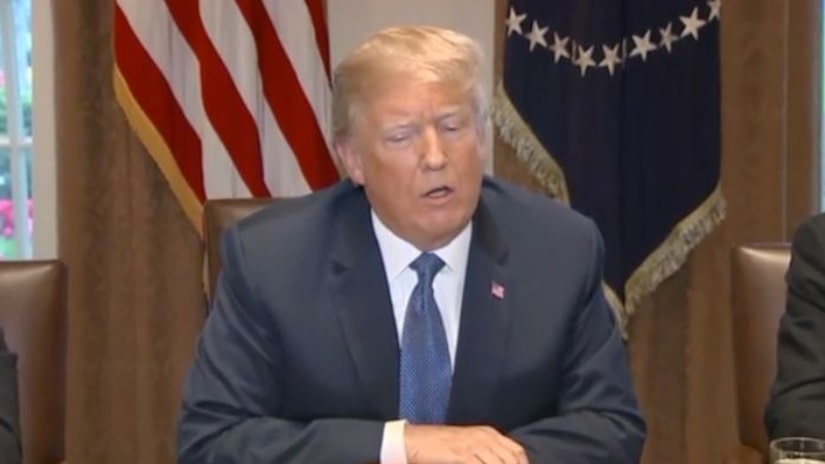 WASHINGTON, D.C. -- (WPIX) -- President Donald Trump slammed the FBI raid on his personal attorney Michael Cohen's office and hotel room as a "disgraceful situation" and "an attack on our country."

"I just heard that they broke into the office of one of my personal attorneys. Good man. And it's a disgraceful situation. It's a total witch hunt," Trump said Monday, referring to a lawful FBI raid.

The President also criticized Attorney General Jeff Sessions for recusing himself from the special counsel investigation, saying, "the attorney general made a terrible mistake."