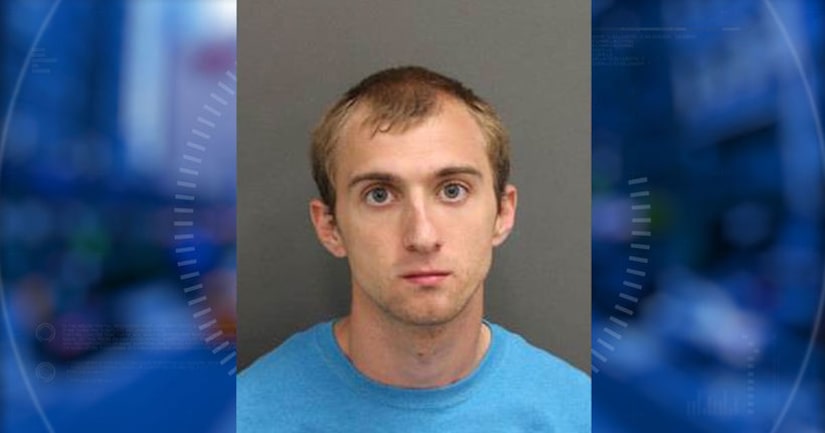 ORLANDO, Fla. -- (WKMG) -- A Volusia County substitute teacher who also works at Disney World part-time was arrested Monday for soliciting sex from a 13-year-old girl, according to Orlando police.

Bruce Krupa, 24, was arrested as a part of an undercover operation with the Orange County Sheriff's Office and Orlando Police Department.

A detective was posing as the 13-year-old girl through an e-commerce website. The detective, also posing as the girl's mother, informed him that she was only 13, but Krupa continued to talk with the fictitious girl, according to the report.

Police said Krupa began to talk to the 13-year-old girl, exchanging sexual messages and telling her what he wanted to do to her.

Krupa also sent several pictures of his face and of himself only wearing underwear, according to the report.

A time and a date was set up to meet in Orlando and that's when police arrested Krupa.

Krupa is charged with attempted lewd and lascivious conduct, soliciting of minor via computer, obscene communication-traveling to meet after lure and unlawful use of two-way communication device.

A Volusia County Schools spokesperson said Krupa was employed with the district since 2015 as a substitute teacher and substitute cafeteria worker at eight different elementary, middle and high schools.

After school officials learned of his arrest Krupa was removed from the substitute list and disqualified for future employment, according to the spokesperson.

A Disney spokesperson said Krupa "has been placed on leave pending the outcome of the charges.”