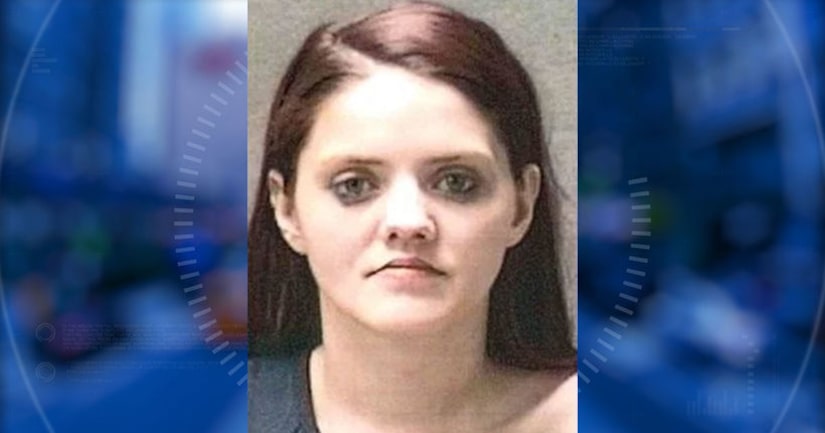 MUNCIE, Ind. -- (WXIN) -- Police arrested a Hartford City mom in Muncie after they say she passed out from heroin use in her vehicle with a child present.

Police were called to East McCulloch Boulevard and North Elm Street just before 3 p.m. Saturday on a report of an unconscious woman in a vehicle with a child. The caller said the child tried to wake the woman up but had no success.

Danielle Jett, 23, was found sitting in the front seat of a white 1994 Ford Ranger, and her 5-year-old daughter was in the back seat. First responders pounded on the window several times and were unable to wake her. It wasn't until they opened the unlocked truck and made contact with her that she woke up. At some point during this incident, police noted she was treated with Narcan.

Jett got out of the truck and was very unsteady on her feet, police said. She had very small pupils and struggled to answer questions.

She initially denied using any impairing substances, but an officer found a syringe in her wallet after getting permission from her to retrieve her ID. The officer asked what Jett had used and she told him it was heroin.

The Indiana Department of Child Services (DCS) was contacted and police asked Jett if there was a good place for the child. She said the girl doesn't have a father listed on her birth certificate, but her husband who the child calls “dad” lives in town and would take custody of her. DCS agreed to that and said they would mark the case as “active” for follow-up purposes.

Jett was arrested on preliminary felony charges of neglect of a dependent and possession of a syringe.

FULL STORY: Police: Mom passes out in truck after using heroin; 5-year-old daughter unable to wake her up - WXIN