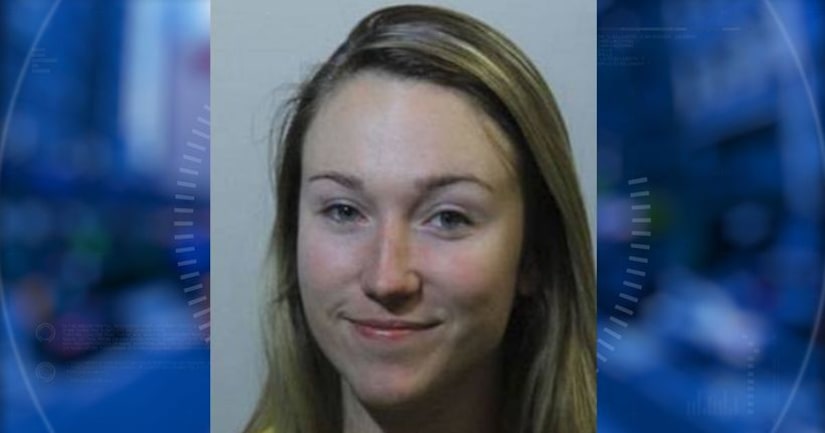 OVIEDO, Fla. -- (WKMG) -- A 20-year-old Oviedo woman is accused of spreading her urine around the backseat of a police cruiser after she was arrested on drug possession charges Friday, Oviedo Police Department officials said.

Oviedo police said they received a call at 1:26 a.m. about a woman driving a red Mazda near Hagerty High School who was intoxicated. Police found Mccall Leduc, 20, sitting on the curb near her car parked at the Oviedo Fire Station 48.

Police said they found a bottle of vodka in the Mazda's front seat and jar containing marijuana in the back seat. Leduc was taken into custody for possession of marijuana and possession of alcohol by someone under 21 years old.

During the time of her arrest, Seminole County records show Leduc was on probation for a DUI in March, according to police.

Police said when Leduc was placed into the backseat of the patrol vehicle, she slipped her handcuffs. When police opened the back door they noticed she had urinated in the back seat and "spread her urine all over the rear of my vehicle," according to the arrest report.

Police said they had her get out of the vehicle, and as they were trying to resecure Leduc she tried to pull away and tensed her body. Police placed Leduc against the patrol vehicle in order to reapply her handcuffs, according to the report.