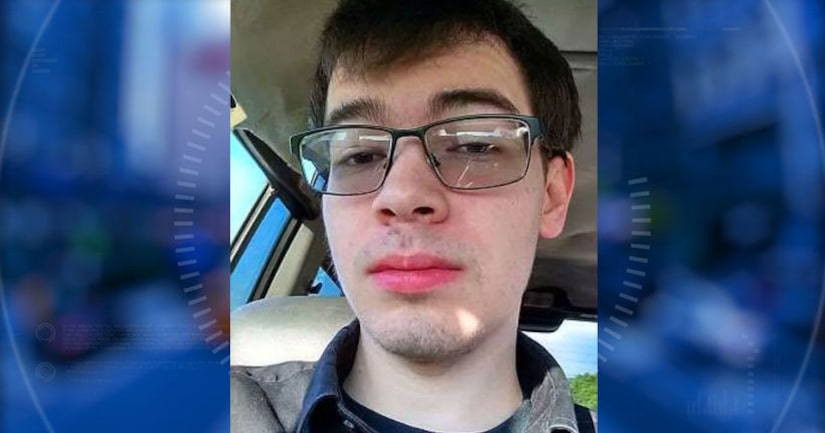 The body was reportedly found about 100 yards from spot where Lawhorn's car was found abandoned Sunday on Interstate 59. Lawhorn is suspected of killing his mother and friend in Tennessee.

Sunday morning, officers with the East Ridge Police Department responded to reports of a double homicide and suicidal suspect. ERPD Assistant Chief Stan Allen said Lawhorn called into dispatch to alert them of the situation. Upon arrival, officers forced entry into a home where they found two people suffering from gunshot wounds to the head.

In a Facebook post, Lawhorn confessed to killing his mother and friend with a .22-caliber gun. The East Ridge Police Department has identified his mother as Vi Lawhorn and the friend as 22-year-old Avery Gaines of Ringold, Ga.

Lawton, who was reportedly driving a gold 2002 Ford Taurus with a Tennessee tag W0327L was believed to be somewhere in Dade County, Ga. However, around 5 p.m., Lawhorn posted that his car broke down on Interstate 59 south in Mississippi. His abandoned car was found on the interstate near the Vossburg exit.

“Our department with the Mississippi Highway Patrol responded to the scene,” Johnson said. “Jones County came up with armored vehicles and their SWAT Team. Jasper County Civil Defense came out. It took awhile to secure the vehicle to make sure it was unoccupied, and it was.”

Traffic was backed up for miles as authorities shut down that area of I-59. The scene wasn't cleared of police activity until after 11 p.m.

The vehicle was turned over to the Mississippi Bureau of Investigation for examination.

The USA Today reports that in his Sunday Facebook post, Lawhorn wrote: "Since so many people keep trying to reach out to me on Facebook, I figure I can just say my piece once here and be done with it. Before I start, I need to emphasize that I take full responsibility for my actions. Nothing anyone has or hasn't done to me caused this, my decisions and my failures are my own. Technical Details: This morning, at around 01:30, I shot and killed my mother (Vi Lawhorn) and a close friend of mine (Avery Gaines) with a stolen .22 LR."

He went on to give graphic details about both of their deaths, saying he shot Gaines as he lay sleeping on the floor. He said it appeared Gaines died instantly. He then went into his mother's room and tried to shoot her, he said, but his gun jammed. She was intoxicated and didn't appear to recognize it had happened, he said. He left the room to clear the jam and then went back in. Vi Lawhorn was trying to comfort her dog Oscar, Casey Lawhorn wrote, and he shot her several times until she died. Both victims were shot in the head.

"Don't give me or my family your thoughts and prayers. No one will be hurt by this more than my brother (Chad Lawhorn). He will probably need a lot of help getting through this, and if you think you are helping him just by talking to the sky, you're f---ing wrong. If you want to help him in this insanely difficult time I'm putting him through, actually do something, don't just think about it. I'm sorry to him more than anyone," Lawhorn wrote. "That said, I don't want or need forgiveness from anyone. What I did is unforgivable. And prayer is a waste of time, nothing happens after death, but if there is a hell, I'm going to be in the lake of ice at the bottom."

"However, as I sit here in Mississippi, writing this on the side of I-59 south after my car broke down, what I look forward to is the nothingness after death. I've spent a lot of time thinking about murder, wondering what it feels like," he said. "But I've barely felt anything."