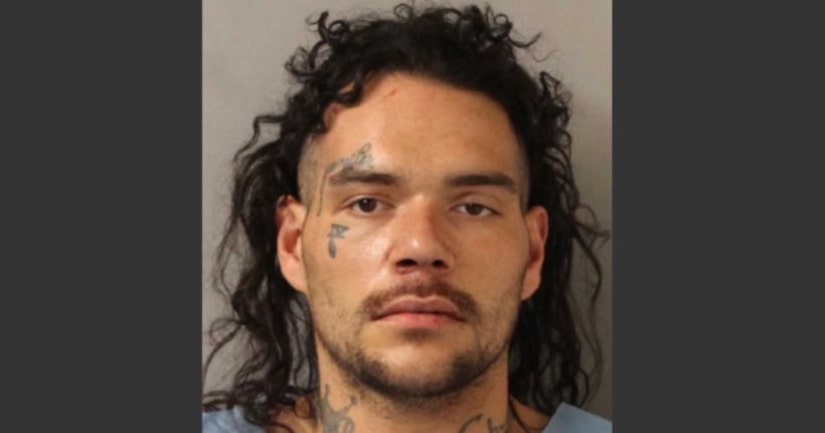 NASHVILLE -- (WZTV) -- Police have arrested a man caught red-handed burglarizing a home while children were inside and for biting a police officer's face.

According to arrest records for Nelson Alberto Soto, police received a 911 call someone broke into the Nashville home, prompting the three children and mother to lock themselves in a bedroom.

Upon arrival, police found the garage door broken open. They then went to the back of the home, where Soto was found exiting the house with stolen items. Soto fled the scene on foot, ultimately being captured on Harding Pike.

Police then took Soto to the hospital where he was being evaluated. The next day, an officer was to transport Soto jail for booking. After allowing Soto to use the bathroom, Soto charged at the officer.

Police say the officer was able to spray Soto with a chemical agent and take him down to the ground near the nurses station. During the struggle, Soto tried to grab the officer's gun and bit the officer on the side of his face.

The officer had to get stitches in his forehead and treatment for the bite following the assault. Soto was sedated by the nursing staff and held for observation.