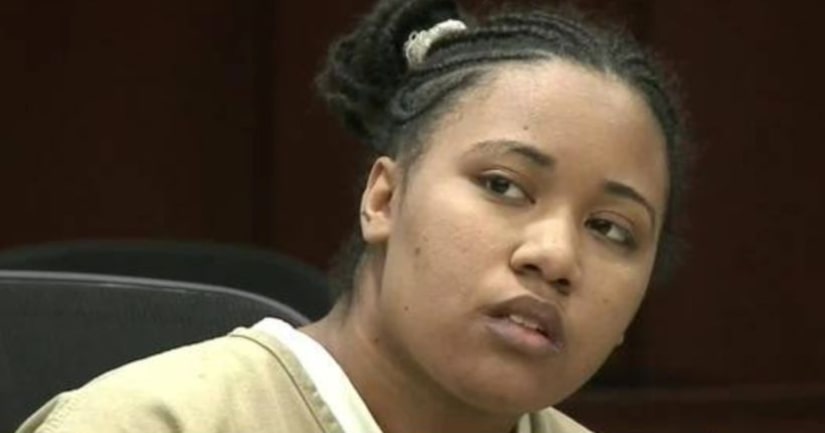 MT. CLEMENS, Mich. -- (WXYZ) -- A Clinton Township teenager is now heading to prison for the rest of her life – without the chance of parole -- after being found guilty but mentally ill in the stabbing death of her mother on Christmas day of 2016.

“I can't imagine how you could plunge a knife 120 times into your mother who raised and nurtured you. Even considering your severe mental health issue, this senseless crime is mind-boggling,” said Hon. Richard Caretti.

Despite pleas from her attorney for a lesser sentence because of her mental illness and being a minor, the judge threw the book at her.

Evans walked into the courtroom biting her lip.

Her attorney brought forth an expert to talk about her mental state after she killed her mom more than a year ago.

“She was hearing voices. She was responding to internal stimuli. She was seeing shadows. She was in bad shape psychologically,” said Dr. Steven Miller, Consulting Forensic Examiner and licensed psychologist.

Dr. Miller told the court he upgraded her diagnosis to schizoaffective disorder – a combination of schizophrenia and bipolar disorder.

He reminded the judge that he had testified during the trial that she should not be found guilty because of reason of insanity.

On December 25, 2016, Evans stabbed her brother in the hand before stabbing her mother to death.

It happened in their Clinton township apartment.

Riang was disabled and used a wheelchair to get around.

Even after Evans was arrested and charged with first degree premeditated murder, her siblings and aunt came to her defense.

“Unfortunately, we weren't able to get her any of the help she needed before the incident,” said her sister Roseanna Evans after the arrest.

“Obviously, she has a mental illness. She's young. She can't comprehend. I wouldn't even be able to comprehend if I was a 17-year-old in this situation that I'm in right now,” added Roseanna.

“She doesn't understand anything!” cried her aunt Kenitha Molden.

The jury rejected an insanity plea on February 22 of 2018. The panel instead found Evans guilty but mentally ill.

In court today for sentencing, Evans watched with little-to-no emotion -- squinting at times, shifting in her seat -- as the forensic examiner explained how putting her in the prison system would make treatment for her much more difficult.

Her attorney asked for a minimum of 25-to-60 years in prison because she was a minor when she killed her mom and mentally ill.

And when the time came for her statement before her sentencing, she seemed confused.

Then Judge Richard handed down his sentence of life in prison without parole.

“I can't imagine how you could plunge a knife 120 times into your mother who raised and nurtured you. Even considering your severe mental health issue, this senseless crime is mind-boggling,” he said.