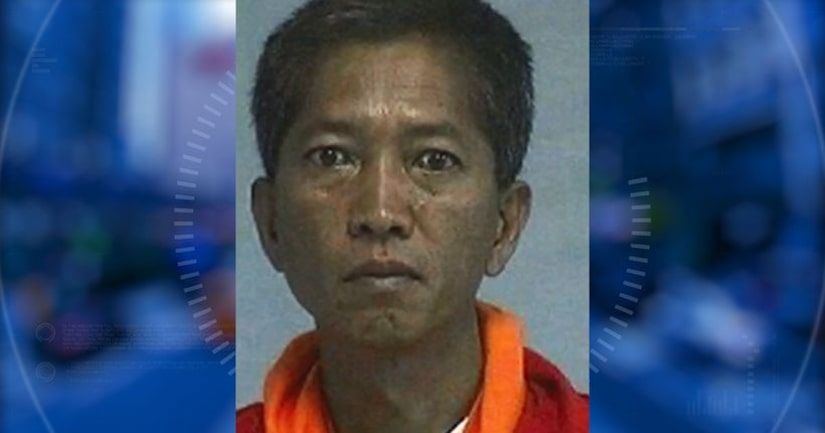 FERNANDINA BEACH, Fla. -- (WJXT) -- A Fernandina Beach man was arrested Wednesday after deputies said he put animals, still in their cages, into a trash compactor.

NOTE: The rest of this article contains details some might consider disturbing.

According to the Nassau County Sheriff's Office, deputies responded late Wednesday morning to Nassau Club Apartments on Woodbridge Parkway in Fernandina Beach after someone spotted caged animals being placed into the complex trash compactor.

"He had a pink cat carrier. Inside the cat carrier, I saw a bunny," said Steven Belson, who told News4Jax that he was the first to notice a neighbor placing live animals into the trash compactor. "I came across the street and said, 'Is that a rabbit in there?' He said, 'What rabbit?' He put the rabbit in the dumpster."

Management and law enforcement were notified.

"When the maintenance guy came over, he opened it up and we looked in the bottom of the dumpster and we could see a rabbit and a chicken," Belson said. "We didn't know the rest were there because the cat carrier broke in half."

When deputies arrived, they said they found three dead birds and a dead guinea pig. They also discovered two caged rabbits and a bird that survived.

Those three animals were placed in protective custody at the Nassau County Animal Services office.

Deputies said they identified Tran, a resident at the apartment complex, as the person who put the caged animals into the trash compactor. According to his arrest report, Tran tried to get rid of the animals after receiving a notice from management stating he wasn't allowed to have them in his apartment and he was going to be fined $800 for having them in the apartment for more than 48 hours.

"It's just horrific. I can't image anyone who owns animals and supposedly cares about them would do that to them over money or if they think they're going to get in trouble for having them," said Ashley Reeves, who lives at the apartment complex. "It's very disturbing to think someone like that would be in our community."

"Just to think those animals would be injured and die that way is not fair and it's not right," resident Holly Anderson said.

Other neighbors said they never noticed anything suspicious.

"We've been here for two years and think I've seen him five times, just going to the dumpster. We've never interacted with him," resident Paul Holt said. "Somebody can be this cruel and heartless? This is not right."