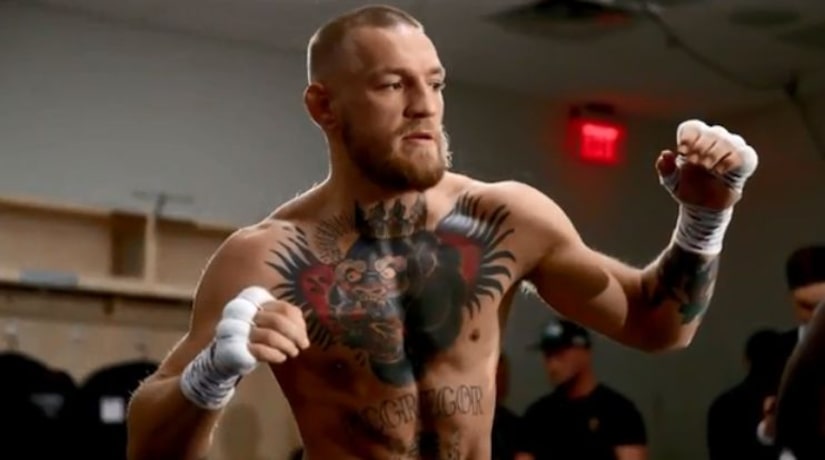 BROOKLYN, N.Y. -- (WPIX) -- Conor McGregor was hit with multiple charges after he was involved in a backstage melee following a UFC223 news conference.

The UFC fighter turned himself in to police late Thursday and was charged with three counts of assault and one count of criminal mischief after video footage appears to show the promotion's biggest star throwing a hand truck at a bus full of fighters, injuring at least one scheduled to compete Saturday.

MMA fighter, Michael Chiesa announced on his Twitter that he was pulled from UFC223 and hopes to go up against his scheduled opponent, Anthony Pettis, soon. Chiesa suffered multiple cuts after McGregor shattered the glass of the bus window.

"A decision was made by the New York State Athletic Commission to pull me from UFC 223. I'm devastated to say the least. @Showtimepettis I hope to run this match up ASAP, June 9th in your backyard. That's all I have to say for now. Much love."

The video also shows McGregor with a group of people causing chaos Thursday as they took an elevator to the loading dock at Barclays Center. He can be seen tossing trashcans and being prevented from throwing a barricade at a bus during his unannounced appearance in New York.