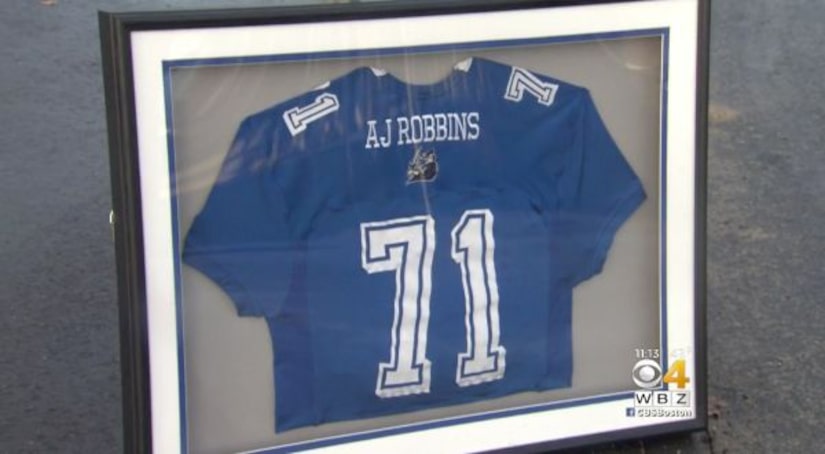 “I don't even have words to tell you what I am feeling right now. It's disgusting. It is just ignorant – that's the only word I can think of. It is just really ignorant is that someone would do something like that,” said Scott Robbins, A.J.'s father.

In 2016, during the summer following graduation, A.J. was in a car with a drunk driver. He was killed when they crashed.

“They all loved A.J. A.J. was loved by everybody,” said Scott Robbins.

When the fieldhouse opened in August to a few weeks ago, A.J.'s football jersey hung inside. It's now in Scott Robbins' possession. He found the jersey on a table. It had been taken down with no explanation.

“The way they handled it. It was unprofessional and lacked compassion,” said Carol Robbins, A.J.'s mother.