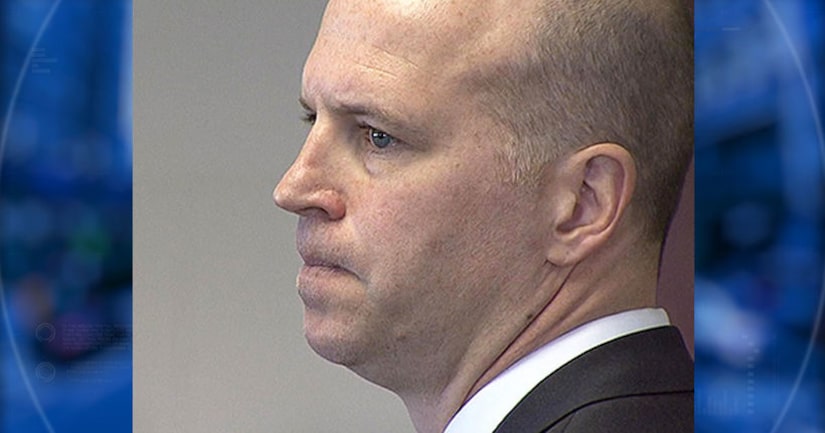 A prosecutor detailed the disturbing allegations against 44-year-old James Clarke that allegedly took place inside the Government Center garage, and inside Clarke's government-issued car with his service weapon.

“Once in the car he restrained her with handcuffs, shoved his service weapon deep into her mouth and subjected her to several different sexual acts,” said Suffolk County assistant district attorney Ian Polumbaum.

He says Clarke, an agent in the Boston office of the Internal Revenue Service, had taken the 21-year-old woman out for a night of heavy drinking after work on July 26, 2017.

He's accused of assaulting her again outside South Station where he took her to get a train home.

It was there she called a friend and 911. She was later treated at a hospital.

The defense doesn't deny it but says what happened was consensual.

“This is a consensual act between two consenting adults. My client came to court today, denies the allegations, and looks forward to his day in court,” said defense attorney Michael Doolin.

Clarke denies doing anything with the firearm except letting the young woman look at it and handle it.

But prosecutors say her saliva was on the gun and she had an injury to her throat along with injuries consistent with being handcuffed and strangled.

The IRS won't say if Clarke is still employed by the federal agency and would only release a statement.

“The IRS cannot comment on specifics involving these serious and disturbing allegations,” the agency said in a statement to WBZ-TV Thursday. “The IRS holds our employees to high standards, and we do not tolerate inappropriate behavior. The IRS treats allegations of employee misconduct seriously, and we work cooperatively with local law-enforcement authorities and the Treasury Inspector General for Tax Administration whenever questions arise. Although we are prohibited from commenting on specific employee personnel matters, the IRS thoroughly considers all the relevant facts involved in all instances of alleged misconduct and, if substantiated, takes appropriate disciplinary action, up to and including removal.”

While prosecutors were seeking bail of $10,000, Clerk-magistrate Edward Curley released Clarke on personal recognizance saying he's been cooperative and voluntarily responded to the summons to appear in court on Thursday.