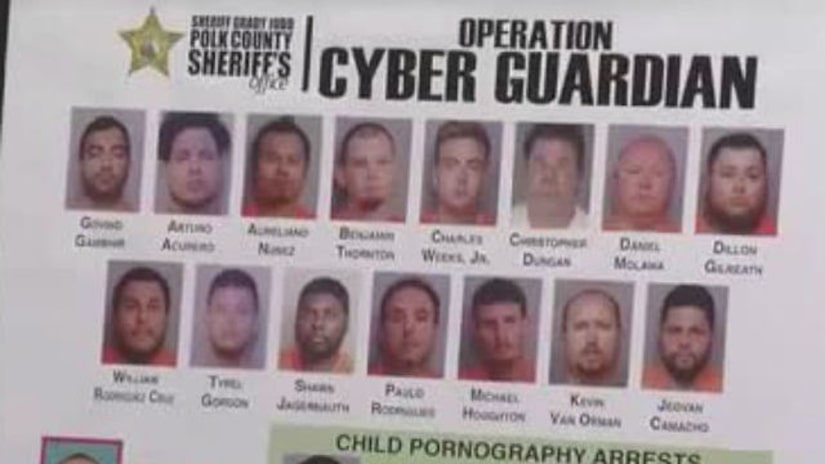 POLK COUNTY, Fla. -- (WPTV/WFLA) -- More than a dozen suspected online predators are off the streets in Florida after an undercover operation called Cyber Guardian.

Investigators in Polk County said the men thought they were meeting children for sex; instead, they were arrested.

The week-long operation targeted predators who prey on children online.

According to investigators, the suspects thought they were chatting with 12-, 14- or 15-year-old girls.

When the men traveled to meet them for sex, it turned out to be investigators they met.

"The only reason they weren't able to attack a child is because we were there," said Polk County Sheriff Grady Judd.

Investigators said they found these men in chat rooms with children.