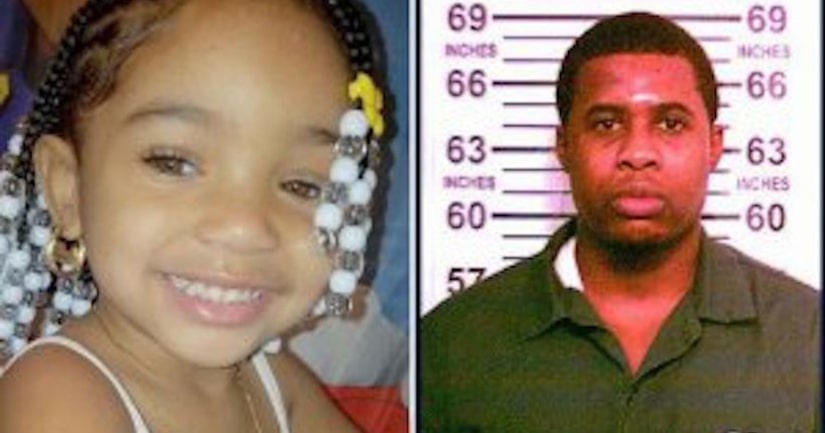 QUEENS. N.Y. -- (WPIX) -- A man is set to face a judge Wednesday after he was charged with killing his girlfriend's 3-year-old daughter inside their Queens apartment Monday.

Police were called about 6 p.m. to an apartment on Beach 105th Street near Shore Front Parkway and found Jenkins performing CPR on her. According to authorities, Jenkins was the only adult with Bella and her 3-month-old brother in the apartment for eight hours.

Investigators believe Bella was forced to endure abuse at the hands of her mother's boyfriend. The medical examiner ruled she died of blunt force trauma to the stomach. Bella's body showed signs of trauma consistent with abuse, a police source told PIX11. The source said that she was covered in bruises, had new injuries and several old injuries that were healing, and there were signs of sexual abuse.

Jenkins, an ex-con who served prison time for shooting a man in the Bronx in 2004 and for an assault case in 2002, was living with Bella, her baby brother and their mother in a Rockaway Park apartment, police said.

In a message to PIX11 News, Bella's mother remembered her daughter as "friendly, beautiful, affectionate, smart and lovable and the best daughter anyone can ask for."

"She loved and was very affectionate sister to her baby brother Logan," she wrote. "She was loved by many who came to know her."