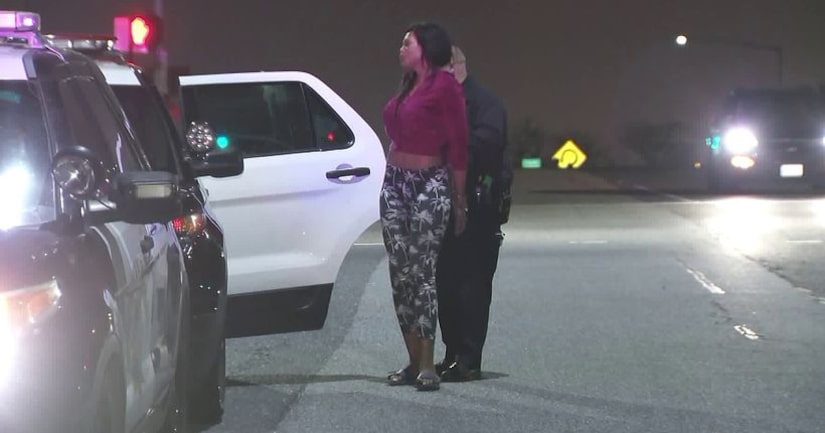 A paramedic crew was transferring care of a seriously ill patient to the staff inside California Hospital Medical Center in downtown Los Angeles around 12:31 a.m. when the unoccupied ambulance was taken from the parking lot adjacent to the emergency room, the Los Angeles Fire Department said.

The Fire Department said Los Angeles police immediately located the ambulance, which traveled to the freeway toward the San Gabriel Valley around 1 a.m. The California Highway Patrol then took over the pursuit.

The driver led the officers on a slow-speed chase and did not activate the ambulance's emergency lights and siren.

The pursuit came to an end at about 1:15 a.m. in Chino Hills, where video showed authorities taking a woman into custody.