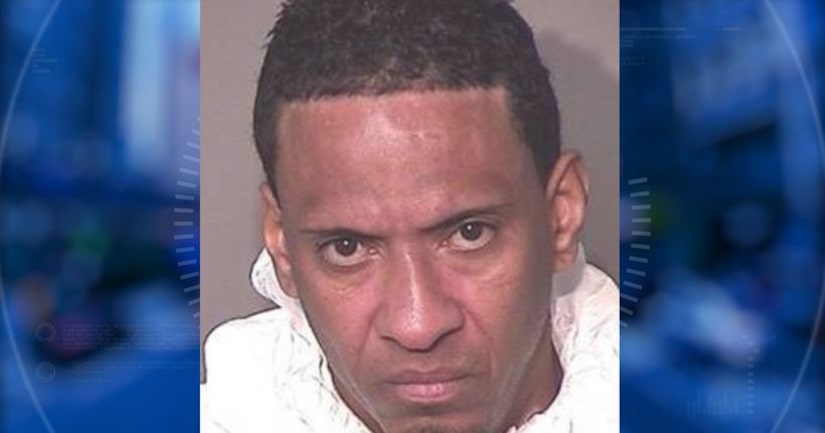 OSCEOLA COUNTY, Fla. -- (WKMG) -- A murder suspect is accused of beating a man so violently with a vacuum cleaner that he severed the victim's head, leaving him beaten beyond recognition, according to the Osceola County Sheriff's Office.

Deputies said they were called to Donegan Avenue in Kissimmee on March 14 after a man was found dead near a dumpster at Cheo Auto Repair.

The victim's blood, brain matter and bone fragments were sprayed across the area and onto nearby vehicles, according to the report.

"As soon as I saw the (victim) I was immediately taken aback by the amount of violence that had gone into (his) murder," a detective wrote in the arrest affidavit.

Deputies said a Dirt Devil vacuum cleaner and a wooden plank appeared to be the murder weapons based on evidence at the scene.

"The vacuum apparently was beaten so hard into (the victim) the vacuum broke into numerous pieces and was spread across the area," the detective wrote.

Surveillance video from a nearby business showed the victim near a dumpster at about 3:15 a.m. when a man, later identified as 44-year-old Angel Luis Olmeda Rivera, approached and began attacking the victim, the report said.

Deputies said Olmeda Rivera used the vacuum cleaner, the wooden board, his fists and his feet to attack the victim. After a few minutes, Olmeda Rivera stopped the attack only to walk out of the camera's view and return a few minutes later to continue the beating, according to authorities.

"There appeared to be five separate and equally brutal attacks made by the suspect towards the victim," the detective wrote.

That surveillance video helped identify Olmeda Rivera as a suspect in the crime.

Deputies said when Olmeda Rivera was interviewed on March 17, he told them he had mental health issues and could not remember his whereabouts during the previous few days. He could not explain how he sustained cuts and injuries to his hands and arms, the report said.

Olmeda Rivera did not act surprised or remorseful, or ask any questions when deputies told him that he had hurt someone, according to the affidavit.

Deputies then said they told Olmeda Rivera that he had murdered someone.

"Angel looked at me, smiled and laughed at this. He did not appear shocked, remorseful or concerned with any of this information; instead he seemed amused by it," the detective wrote.