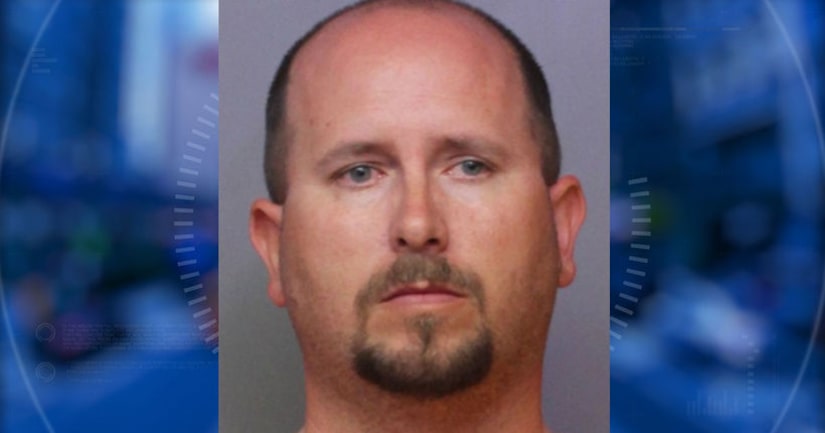 POLK COUNTY, Fla. -- (WKMG) -- A Walt Disney World bus driver has been placed on unpaid leave after trying to meet someone he thought was a 15-year-old girl for sex, according to the Polk County Sheriff's Office.

Kevin Van Orman, 35, was arrested March 25 when he arrived at a home where undercover detectives were waiting, an affidavit said.

Deputies said Van Orman began chatting online with an undercover detective posing as a 15-year-old girl on March 25. He said he would kiss, hug and massage the girl although he acknowledged that he knew the girl was underage, according to the report. He also suggested that the two could meet at Disney, authorities said.

Around 9:30 p.m. that day, deputies said Van Orman went to the home and attempted to open the door, which is when he was arrested.

Deputies said Van Orman, of South Daytona, was also chatting with another undercover detective who was posing as a 14-year-old girl. In those conversations, he offered to drive to the girl's house in his truck and perform sexual acts on her, according to the affidavit.

During an interview with detectives, Van Orman said he thinks he has a sex addiction and that he is attracted to some teenage girls, the report said.

He also said that he has a 5-year-old daughter, a 2-year-old son and his wife is four months pregnant.

"I'm not much of a man anymore. Dude, I just lost my wife, my truck, my job for a stupid (expletive) thing," Van Orman told deputies, according to the report.

A Walt Disney World spokesperson said that Van Orman has bee placed on unpaid leave pending the outcome of the charges.

Van Orman was arrested on charges of attempted lewd battery, traveling to meet a minor and using a computer to solicit a child.