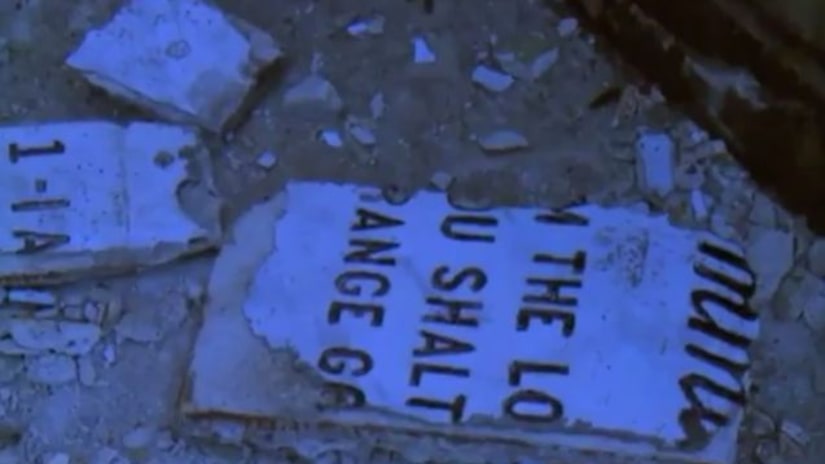 JERSEY CITY, N.J. -- (WPIX) -- Someone smashed a tablet featuring the Ten Commandments at a Our Lady of Victories Catholic Church on Holy Thursday.

Workers swept up the shattered remains of a tablet featuring the first three commandments. A second tablet, detailing commandments four through 10, was not destroyed.

"They put their fingers and hands against the stone plaque and just pushed it right off, right into smithereens," Father Michael, the parochial vicar, said. "Today we don't seem to know where this guy came from or what his purpose was."

There have been several acts of vandalism at the church in recent years, Father Michael said. Some of the vandals have been tracked down and arrested.

In this instance, Father Michael doesn't know what it might have been about the first three commandments that may have angered someone and spurred the destruction.