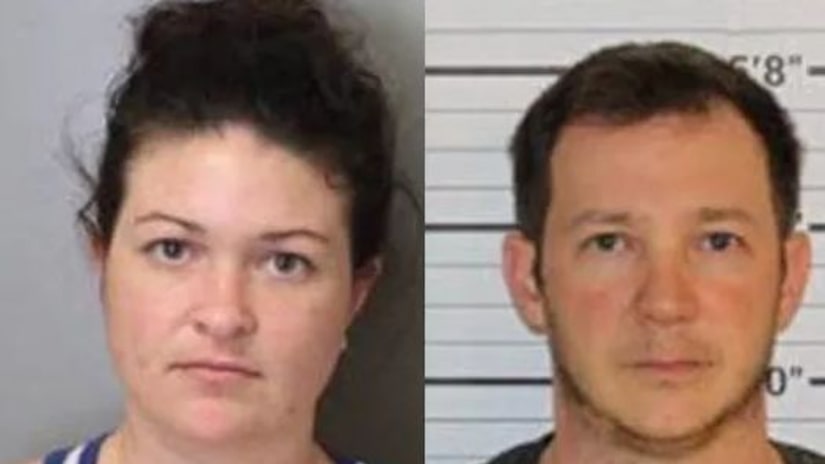 MILLINGTON, Tenn. -- (WMC) -- Millington parents are behind bars, accused of abusing their 9-year-old daughter after the girl was caught trying to steal food from her teacher.

She confided in her teacher about the abuse, and police were later contacted.

The child told police she was forced to sleep in the bathtub or outside with no blankets. She said her parents didn't feed her at home because she got two meals a day at school. She also said that if she does eat at home, it is either on the floor or in the bathroom and she is only given dry ramen noodles. Her parents forced her to drink toilet water and she didn't get to sleep in a bed.

Police also discovered a bald spot on the girl's head that she said came from her stepmother who shaved the spot because she was upset.

The girl's father, Jesse Piatt went to the school and told police that he feared for his life and was afraid of what the child might do to him and his wife while they slept. He also disclosed that the child's teeth hadn't been brushed in over a year.

After the initial interview the child was sent to Lakeside after she said she would rather go there than to go home.

Police later interviewed the child's doctor who concluded that she had concerns about child abuse by torture. The doctor observed bruises that were consistent with the child being kicked and malnourished.

The doctor also noticed injuries that had not been properly treated. For example, the doctor found a broken arm that had not healed properly. The child said that her parents did not immediately take her to the hospital after the break, and when they did they told her to say that the family's dog knocked her down, causing the injury.

Jesse and Trish Piatt were arrested March 29. They are charged with aggravated child abuse and neglect.