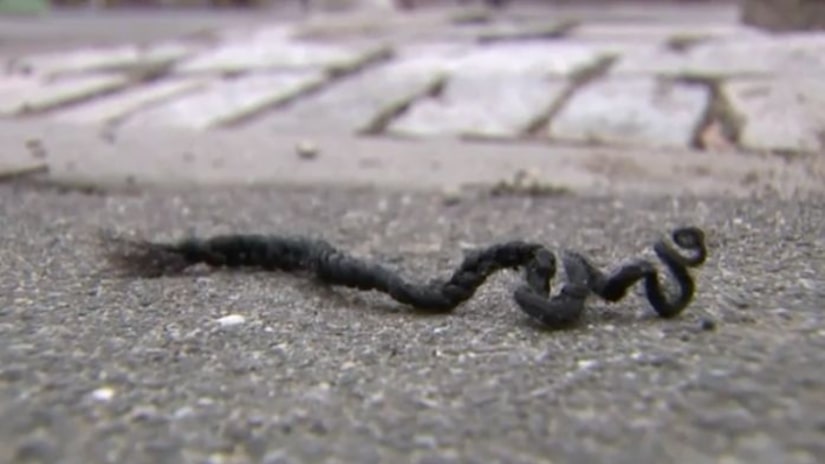 THE BRONX -- (WPIX) -- A grandma shielding children from a pit bull off the leash was bitten twice in the Bronx, officials said.

The 57-year-old woman was at the playground section of Eastchester Houses shortly after 3 p.m. when she was attacked, officials said. The pit bull bit her ear and her hand. She lost her ear in the attack. Some of her hair was pulled out.

Children in the park, including 12-year-old Delia Rojas, witnessed the attack.

"The little girl, she was yelling and then it got my attention and then I saw the pit bull," she said. "It was really bad."

Police took the dog's owner, a 23-year-old woman, into custody. Her dog was taken to an animal control location. Police charged Shannon Ingram with two counts of reckless endangerment.

It is still unclear why the dog attacked and why the animal was off its leash.

FULL STORY: Grandma's ear bitten off by pit bull while she was shielding kids at Bronx playground - WPIX