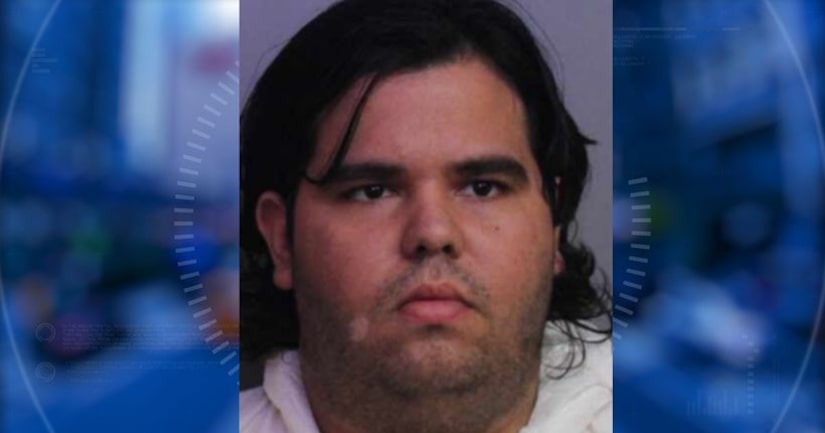 POLK COUNTY, Fla. -- (WKMG) -- A Florida man is accused of driving across the state to rape a 10-year-old Lakeland girl he had been chatted with online, according to the Polk County Sheriff's Office.

Deputies said 23-year-old Jonathan Diaz Fundora, of Miami, spoke with the victim online for about six weeks through Facebook, an online app and texting.

During those six weeks, Fundora groomed the victim online and directed her to send him pictures and videos as she performed sexual acts before eventually arranging to meet her, a news release said.

Fundora took three days off work from his job as a manager at Burger King and drove from Miami to Lakeland on Tuesday to meet the victim at the end of her street, according to authorities.

The girl left a note for her parent saying that she would be staying at a friend's house for three days, which prompted the parent to call police to report the girl missing, deputies said.

Within 35 minutes of receiving the 911 call, deputies said they had identified Fundora as a suspect, used his Facebook page to determine what type of vehicle he drives and found that car at a Motel 6 in Lakeland.

Deputies said they found the suspect in the room and the victim was hiding in the bathroom. They both said that sexual intercourse had taken place prior to law enforcement arrival, according to a news release.

“This suspect groomed and manipulated a little girl online and then traveled all the way to Polk County to sexually abuse her – he is the poster child for why it is critical that parents monitor their children's activities online. I commend our patrol deputies for catching him in the act of sexually abusing a child, and I shudder to think of what the other horrible consequences would have been had her parent not immediately reported her missing. We will do everything in our power to ensure he spends the rest of his life behind bars,” Polk County Sheriff Grady Judd said.