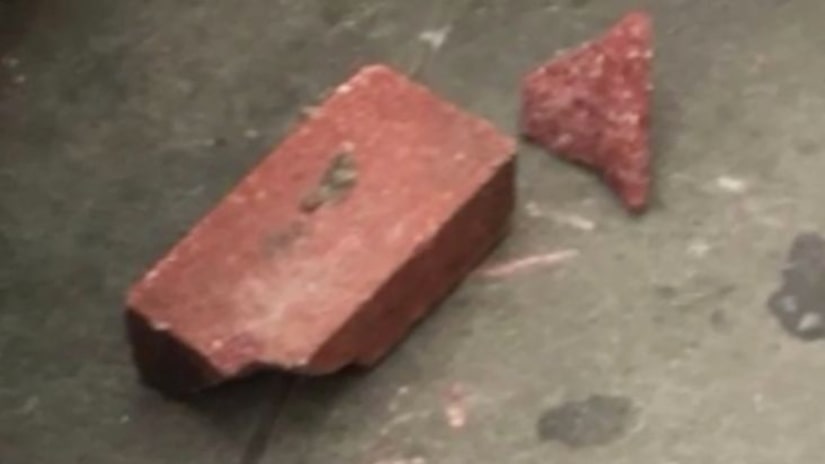 NEW YORK CITY -- (WPIX) -- A man was rushed to the hospital after being struck in the face with a brick in what appears to be a random attack while he was walking down the sidewalk in Hell's Kitchen Tuesday evening.

It happened just after 6 p.m. in the area of West 43rd Street and Ninth Avenue.

Eyewitness tell PIX11 News' Henry Rosoff that the attacker was walking the opposite direction of the victim and as they approached each other, he struck him with a brick.

A witness working inside a nearby apartment complex described what happened.

“I see a group of people in front of the building and everybody backed up looking startled, Jamyk Brown said. “So I stepped out to see what was going on.”

Jamyk Brown stepped outside the building just in time to see the savage attack.

”He just swung and he hit him a couple times,” Brown said. “The guy defended his face, and his hands got bloody and the brick broke against his head.”

FULL STORY: 'The brick broke against his head': Man struck with brick in Hell's Kitchen; suspect in custody - WPIX