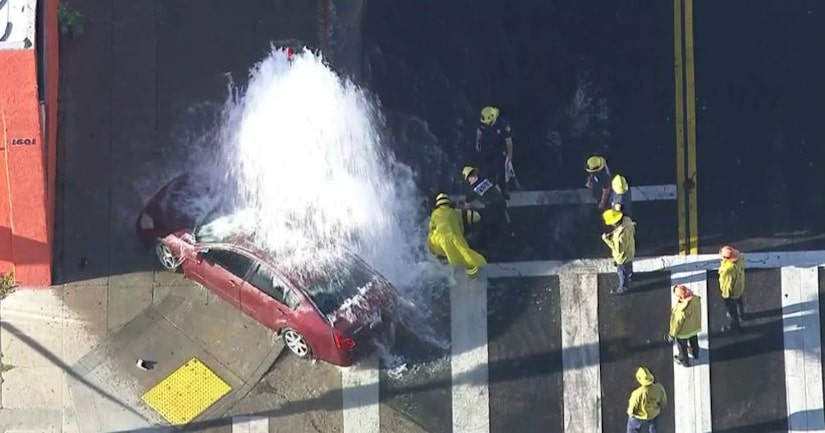 LOS ANGELES -- (KTLA) -- A man who was wanted on suspicion of assault with a deadly weapon was arrested after allegedly dragging a woman with his vehicle during a pursuit and crashing into a hydrant in South Los Angeles, LAPD officials said Tuesday.

The driver crashed into a fire hydrant at the intersection of Denker and Florence avenues and ran from the scene, Officer Tony Im told KTLA. He was eventually taken into custody and the victim was found near the intersection of 79th and Flower Street, Im said.

The victim was taken to a hospital in unknown condition and the incident is being investigated as a possible kidnapping.

Police and fire officials responded to incident as water from the hydrant was gushing out, aerial video from Sky5 showed.