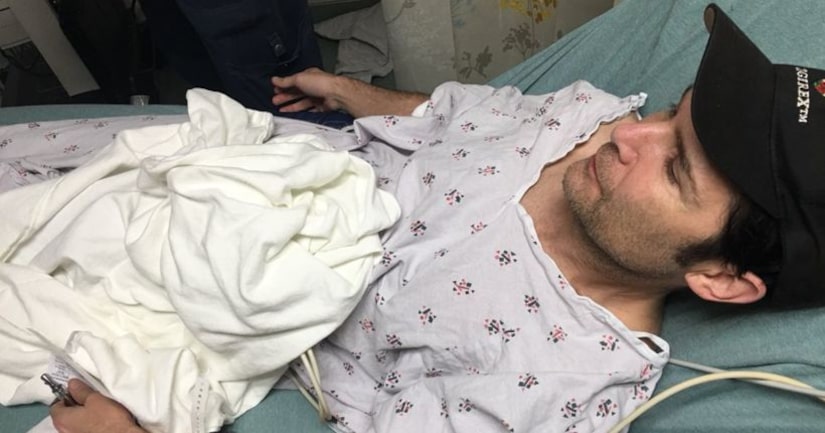 LOS ANGELES -- (KTLA) -- Police said an individual walked up to Corey Feldman's car in Tarzana and made a “jabbing motion” toward the actor's stomach, but he was not stabbed, as the actor claimed Wednesday.

The incident happened Tuesday around 10:45 p.m. at the intersection of Reseda and Ventura boulevards, according to the Los Angeles Police Department.

Officer Drake Madison said Feldman, who was behind the wheel, and a passenger were at a stoplight when an unknown person approached the driver's window, made a “jabbing motion” and fled. Feldman drove himself to a hospital, Madison said.

The actor had no laceration to his stomach, and it's unclear what the weapon was, the officer said.

Feldman tweeted early Wednesday that he was stabbed in his car, and that police were investigating the case as an attempted homicide. He posted images of himself in a hospital gown, saying a man opened his car door and stabbed him with “something.”

“THANK GOD IT WAS ONLY MYSELF & MY SECURITY IN THE CAR, WHEN 3 MEN APPROACHED! WHILE SECURITY WAS DISTRACTED, W A GUY A CAR PULLED UP & ATTACKED! I'M OK!” said the message posted at 3:38 a.m.

He also tweeted that LAPD was investigating the case as an attempted homicide, and that he has had “mounting threats” on social media platforms by a “wolfpack.”