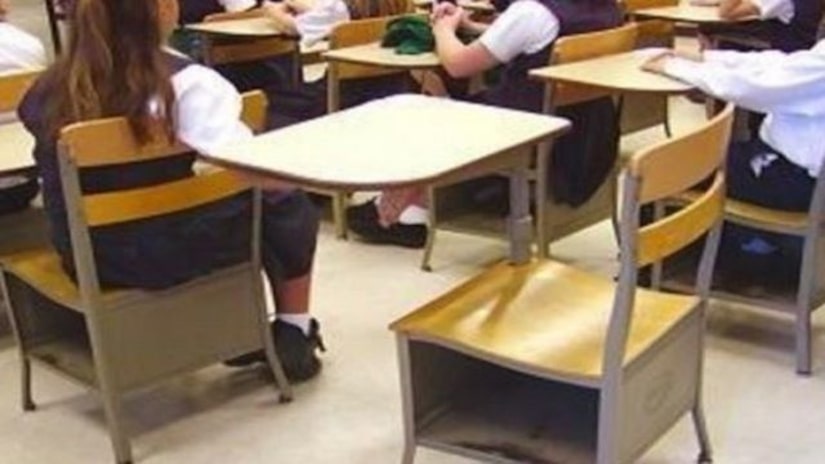 DAVENPORT, Fla. -- (WKMG) -- A 13-year-old boy found "passed out drunk" on a sidewalk led authorities to uncover a shooting threat against the boy's Osceola County school and photos of the accused Parkland school shooter on the boy's device.

The Polk County Sheriff's Office said the boy, whose name is not being released by News 6 because of his age, was found passed out and drunk early Saturday in Davenport. The boy was taken into custody under the Baker Act and transported to Heart of Florida Hospital, where deputies interviewed him, officials said.

The boy said he drank an entire bottle of liquor from his parents' liquor cabinet and took a bunch of "happy pills," according to deputies.

During a search of the boy's Playstation, detectives said they found images of the Nikolas Cruz, the accused Parkland shooter, and a picture of the Columbine High School shooting.

During an investigation and interviews with other teens, detectives said they also earned that the boy threatened to take a knife to school and kill a teen who attends the same Osceola County school.

The teen was arrested on charges of aggravated stalking, a felony.

"This teen is clearly in trouble. He's had an affidavit filed in Osceola County for threatening to kill students, and he's been Baker Acted by both OSCO and PCSO," Polk County Sheriff Grady Judd said. "We hope he receives the treatment he needs to deal with his desires to hurt himself and others, but we have also placed him under arrest for felony aggravated stalking. We cannot allow anyone of any age to get away with criminal threats to kill, especially when they are aimed towards schoolchildren."

Detectives said the boy was expelled from Westside K-8 school in Osceola County in February for making similar statements. He was also Baker Acted at that time, officials said.