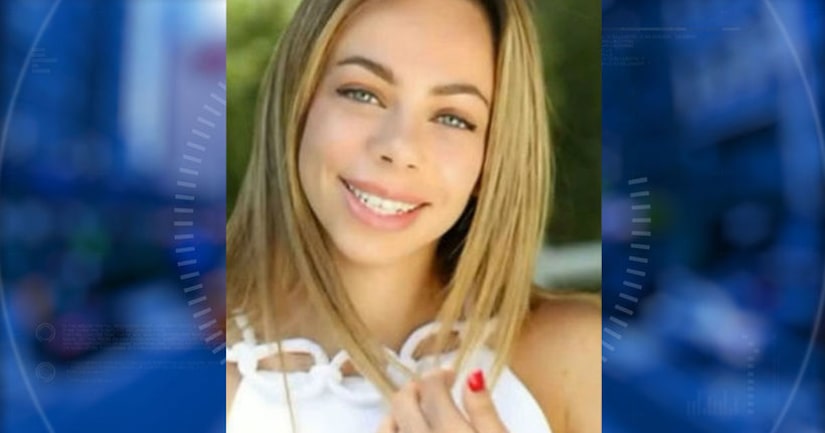 UPDATE March 28, 2018 2:29 p.m. PT : The body found in a shallow grave in rural Nevada County has been identified as 25-year-old Adea Shabani, an actress who's been missing since February.

She was last seen leaving her apartment in Hollywood with her boyfriend, 33-year-old Chris Spotz, on Feb. 23.

The model's boyfriend, who was engaged to another woman and killed himself after a police chase last week, is suspected in her death, Los Angeles Police Capt. Billy Hayes said at a news conference.

Shabani had been living in Los Angeles for two years when she went missing. The striking blue-eyed blonde's Facebook profile says she studied business administration at American University of Paris after leaving her home country.

Shabani was a student at Stella Adler Academy of Acting, located in the heart of Hollywood, across the street from where the Oscars are held. She was philosophical in many of her social media posts, quoting actor Michael Gambon recently:

"Like a heartbeat. Something inside me. Some dream. I think it's being a dreamer as a child. Dreamy kids become actors, don't they?"

NEVADA COUNTY, Calif. -- (KRON) -- Sheriff's deputies in rural Nevada County have uncovered a buried body and they believe it could be connected to a missing Los Angeles actress.

In Los Angeles, loved ones of Adea Shabani pray there is no connection.

But as they wait for a positive identification, a trusted source close to the investigation tells KTXL that the remains are possibly of Shabani.

Shabani was last seen in Hollywood a month ago.

Christopher Spotz, 33, a man Shabani was romantically involved with, fatally shot himself after a 70-mile chase in Southern California.