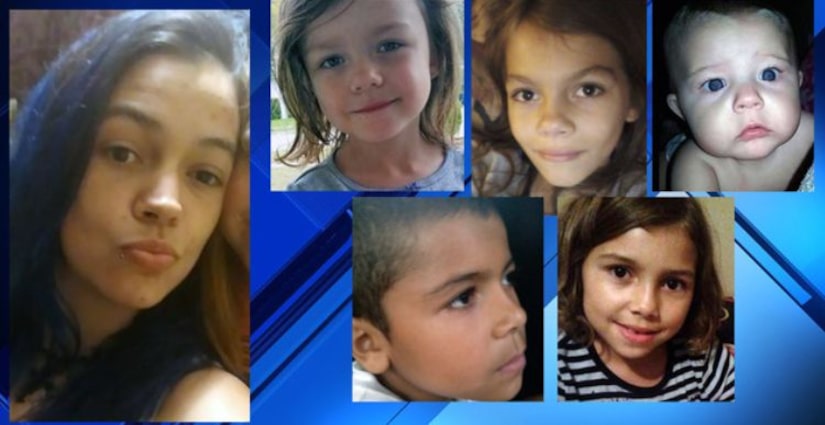 JACKSONVILLE, Fla. -- (WJXT) -- Police are searching for a 29-year-old Jacksonville mother and her five children, and they need the public's help.

According to the Jacksonville Sheriff's Office, Kimber Clark is about 5 feet, 5 inches tall and weighs 150 pounds.

Police said they are trying to find out if Clark and the children are safe. They were last seen in the Arlington area of Jacksonville.

A witness, who shares a last name with one of the children but is not the child's father, according to police, told officers that he met up with Clark in the parking lot of a Walmart Neighborhood Market on Merrill Road about 11 p.m. Sunday.

He said Clark told him she recently became homeless and described her as "depressed and suicidal."

He said Clark, who was driving a 2007 black Toyota pick-up, opened a beer and started drinking. He said her oldest daughter was in the passenger seat, but he wasn't sure if her four other children were in the truck.

The man told police that he made Clark pour out the beer and told her she needed to get help.

According to the JSO incident report, Clark responded "DCF will not help me with the kids and they will be better off without me. I am just going to kill myself."

The man said he immediately called police after she said that, and when Clark realized what he was doing, she drove off. He said he followed her until he lost sight of her when she turned on Dalehurst Drive.

Police said they are "not looking for any truck," but have not said if the black Toyota pick-up was found.

Anyone who has seen Clark or the five children recently is asked to call police immediately at 904-630-0500 or email JSOCrimeTips@jaxsheriff.org. To remain anonymous and receive a possible reward up to $3,000, if your tip leads to an arrest, please contact Crime Stoppers at 1-866-845-TIPS.

FULL STORY: Police search for Jacksonville mom, 5 kids; Have you seen them? - WJXT