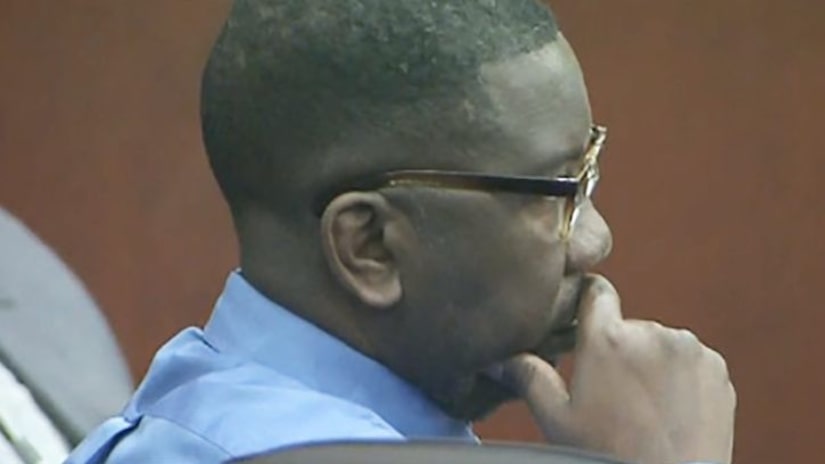 RALEIGH, N.C. -- (WSOC) -- A prosecutor said the pictures a North Carolina man posted on Facebook of his dead wife and daughter are enough proof to show he is guilty of murder.

But a defense attorney for Elhadji Diop said those photos were shrines to two people he killed accidentally and loved so dearly he tried to kill himself after their deaths.

Diop is charged with two counts of murder and a Wake County jury is deciding his fate after a trial this week.

The bodies of Diop's 40-year-old wife, Aminata Drame, and his 2-year-old daughter, Fatim, were found by Raleigh police in April 2016 after Diop's niece in Senegal saw the photos of the dead mother and child in an embrace on Facebook with "Look what God did to me" written underneath, prosecutors said.

Diop was arguing with his wife about money when he allegedly strangled her. The 2-year-old child got between the two as they struggled and was crushed under her unconscious mother, Wake County District Attorney Lorrin Freeman said.

"A picture is worth a thousand words," Freeman said in her closing argument as she showed jurors the photo of the bodies. "This picture is proof that Elhadji Diop is guilty."

But a defense lawyer said Diop tried to kill himself after the deaths by cutting his throat and wrists and ingesting rat poison, roach killer and grease remover.

"His grief was real. One does not build a shrine to someone they wanted to kill," public defender Chuck Caldwell said.