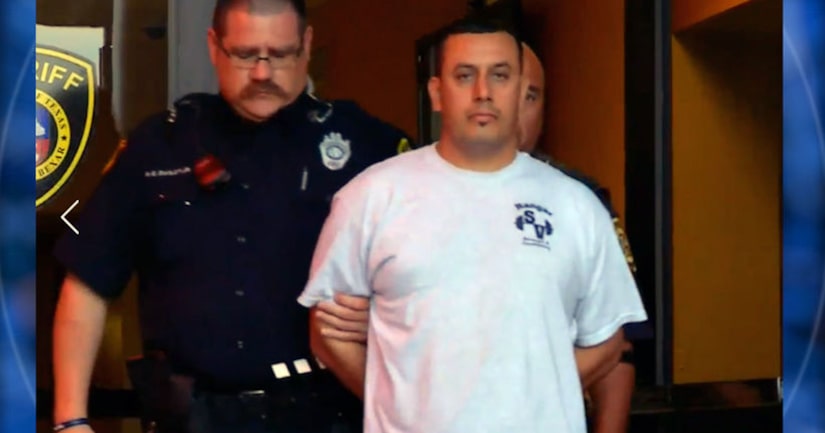 SAN ANTONIO -- (KABB) -- A man and a woman have been arrested and charged for allegedly abusing their 16-year-old daughter multiple times because she refused to submit to a proposed arranged marriage with a 28-year-old man, according to an affidavit.

On January 30, 16-year-old Maarib Al Hishmawi went missing after leaving Taft High School for the day. She was later found alive, but authorities were tight lipped about the details surrounding her disappearance. An underground organization that rescues women in abusive family situations was able to get her out of where she was being held, according to law enforcement officials.

"Please help me. Every time we go into her room, we cry," Abdulah Hishmawi, the teen's father, told us while she was missing.

Her parents were arrested and charged with continuous violence against family for their alleged connection to her disappearance.

The teen was allegedly beaten by her parents because she did not want to go through with the marriage. The alleged abuse began in May 2017 when the talks of the arranged marriage began. The teen showed her scars to police, saying that she had been burned with hot oil, beaten with a broken Swiffer broom handle, and choked multiple times, according to an affidavit. The teen eventually agreed to the marriage because she wanted the abuse to stop, authorities said. Officials said $20,000 was supposed to be exchanged to make the marriage transaction complete.

"There may be physical abuse involved in her family, and I cannot speculate on who or where," said authorities.

Hishmawi denies the abuse allegations surrounding his only daughter.

"Nobody abused my daughter," Hishmawi said.

He did tell police about a possible arranged marriage in the works between Maarib and a family friend from Dallas. The teen's father says the man first met the family last May when Maarib was 15 years old.

"He never touched her. He never go to her room. She never go to where he live in Dallas. I have nothing to hide. I'm not scared about this. My daughter and this guy - we help those together to build a family, " he added.

Hishmawi says he was never going to force his daughter to marry the family friend, but if she agreed, he would give his parental permission through the courts to do so.

Hishmawi moved his family from Iraq to San Antonio more than two years ago.