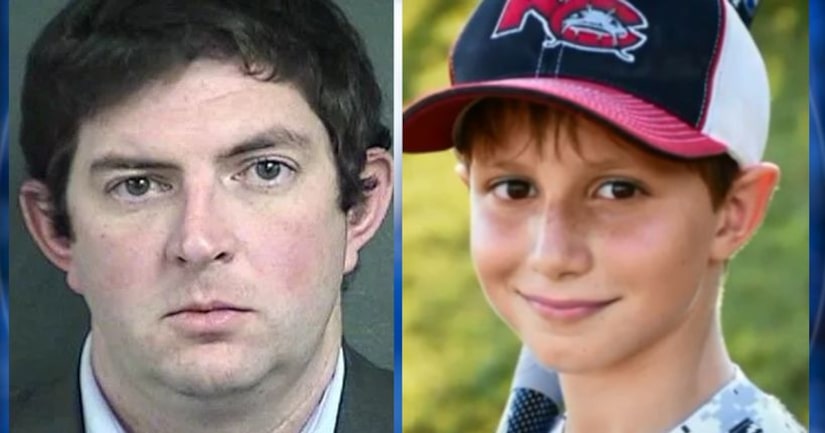 KANSAS CITY, Kan. -- (WDAF) -- Charges were filed Friday in the death of a 10-year-old boy who died at Schlitterbahn Water Park two years ago.

Tyler Austin Miles faces a total of 20 felony charges including 12 charges of aggravated battery, five child endangerment charges, two charges of interference with law enforcement and one involuntary manslaughter in connection with the death of Caleb Schwab. Caleb died while on the Verrückt water slide. Miles who was once listed as the director of operations for Schlitterbahn.

Miles appeared in court Friday around 1:30 p.m. to ask for a bond reduction. FOX4's John Pepitone was there and reports that the request to reduce bond to $15,000 was denied.

His next court appearance is set for April 25. Attorney Tom Bath is representing Miles.

Miles' job duties include overseeing all water park and property operations ranging from aquatics and facility services to water quality control, landscaping and grounds and maintenance. He is the first person charged with Caleb's death.

Schlitterbahn issued the following statement after learning of the charges:

“We are deeply disappointed to learn that any individual is being personally charged for the terrible accident on Verrückt. Our review of the facts and circumstances of the accident has never shown any evidence of criminal conduct on the part of anyone. The safety of our guests and employees has been at the forefront of our culture throughout our 40 years of operations. Our families enjoy our water parks and its rides and attractions. We have set the highest bar for safety in our industry.

Our staff, since we opened Schlitterbahn Kansas City, has demonstrated the highest dedication to safety, from the training of our lifeguards and ride operators, to ensuring all rides have operated in accordance with our strict protocols. Our team has been conscientious and committed to providing visitors to the water park a safe and enjoyable experience. We are shocked by any allegations of impropriety or negligence on the part of anyone associated with Verrückt.

Throughout his employment with us, our operations director, Tyler, demonstrated the highest dedication to safety, from the training of our lifeguards and ride operators, to ensuring all rides have operated in accordance with our strict protocols. He was conscientious and committed to providing visitors to the water park a safe and enjoyable experience. Tyler left us in September to accept great opportunity; we were sorry to see him go and wished him well. We stand by him and are shocked by these allegations.”

Caleb Schwab, who was just 10 years old, died while riding the Verrückt water slide in 2016. Schwab had been spending the day with his family when the horrific, deadly incident happened. His father, Olathe state representative Scott Schwab, brought the family to Schlitterbahn for a day of free fun as part of Lawmaker Day. But it ended in tragedy.

Caleb was riding the slide with two adult women, with whom he was matched on the raft. The women are from north of Hays, Kan. One suffered a broken jaw, and the other a broken bone in her face and had to have stitches in her eye. The two women have since agreed to out-of-court financial settlements in this case.

At the time of Caleb's death, the slide was in compliance with Kansas' legal requirements for amusements rides, which mostly involve proper record-keeping. State law mandates that parks annually “self-inspect” their rides and maintain the records.

As FOX4 previously reported, several other states rejected building of the Verrückt water slide, but lax amusement ride regulations in Kansas allowed the ride to be built at the Schlitterbahn park in Kansas City, Kan.

The attraction, which was built in 2014, was once promoted as the world's tallest water slide at 168 feet, 7 inches. It has since been permanently shut down.

Schlitterbahn will tear down the water slide once a court grants it permission following the investigation.

Since Caleb's death, his father has been fighting to pass a new law on tougher regulations on amusement park rides in Kansas. 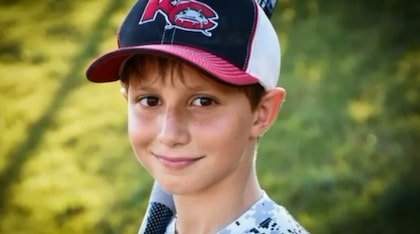