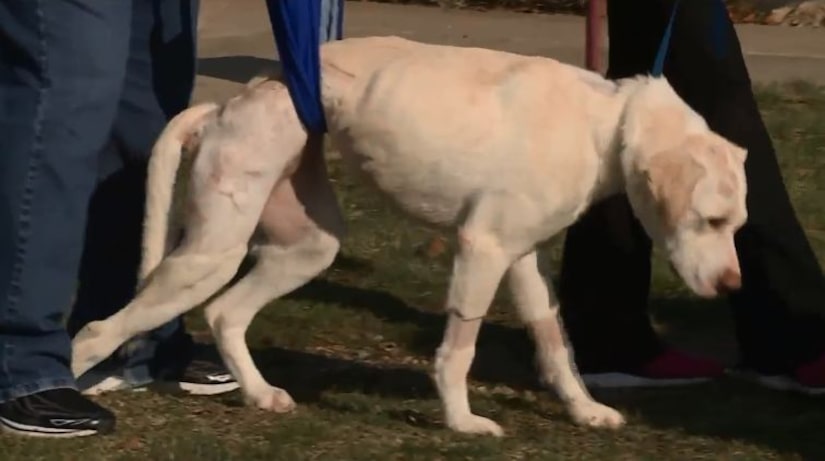 MANCHESTER, Mo. -- (KTVI) -- A major milestone in the recovery of a dog that was shot, then hit with a hammer and left to die.

The 2-year old yellow lab mix has earned his name. Trooper continues to surprise everyone.

Veterinary Specialty Services and Missouri K-9 Friends have been working around the clock to slowly nurse Trooper back to health.

“He has defeated all odds,” said Mandy Ryan, President of Missouri K-9 Friends, “he is a miracle dog.”

According to court documents, 57-year-old Jason E. Hampton of Farmington shot Trooper before hitting him with a hammer and leaving him in a ditch to die.

“Trooper stayed in that ditch for a few weeks where he was paralyzed and couldn't move,” said Ryan.

Hampton was arrested and released on bond. He now faces felony charges.

There was certainly no shortage of demand from families eager to take Trooper home as he began the recovery process.

That's where John and Kelly Pettis came in.

The couple has been looking to foster for a while.

“You have to remember they can't fight for themselves a lot of times,” said John Pettis, “but they have good people to fight for them and when those people fight for them, they get a chance to show that they have all the power to do what we are supposed to be doing for them.”