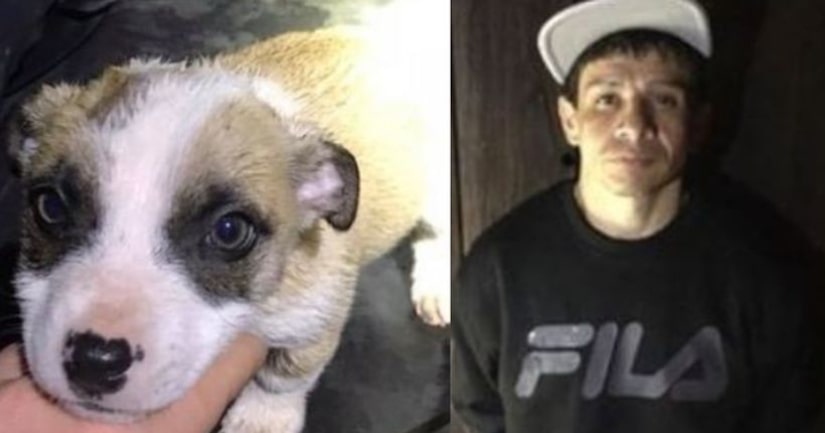 MADERA, Calif. -- (KRON) -- A Madera man was arrested Tuesday after police say he was caught choking a puppy he found in the Fresno River.

Flores found the dog in the Fresno River and was later seen by neighbors choking the puppy and holding the puppy under running water from a faucet, police said.

Witnesses told police that the puppy was having trouble breathing and was trying to cry.

The puppy was rescued, and Flores was booked into the Madera County Department of Corrections.

The dog was placed in the animal shelter, but it has since been reunited with its owner.