They are the first on location of heart-stopping tragedies, barging their way into the worst night of someone's life. They're freelance news shooters who race each other to the bloody crime or grisly accident.

Point, shoot, and get paid.

While some people may criticize it as profiting from tragedy, these guys see it as all in a night's work.

Crime Watch Daily takes you behind the scenes of the eight-part docudrama "Shot in the Dark," airing on Netflix. The series follows three rival photographers known as stringers as they scour the streets of Los Angeles looking for the next big get.

Now the key players give us an inside look at their dark and gritty world.

The guys say in season two, they hope to delve deeper into the personalities of the men and women on their teams out there grabbing the shots you see every day on the news.

Until then, you can stream the eight-episode season one of "Shot in the Dark" on Netflix right now. 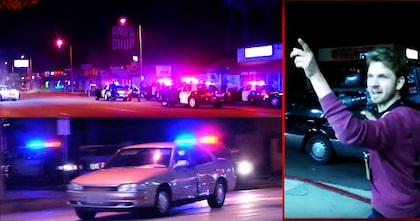 Ride along with daredevil breaking-news photographer