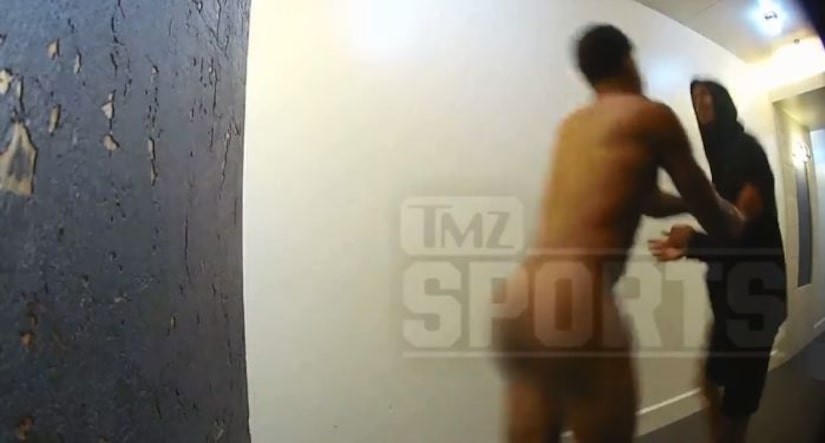 TMZ is reporting Jones was involved in an alleged incident with his brother at a Los Angeles apartment building Monday night.

The online tabloid reports Jones was involved in a “struggle” with his brother while naked. TMZ also reports that Jones' foot later went through a window.

TMZ reports Jones was arrested for felony vandalism and is reportedly being held in the Los Angeles County Jail.

In a statement Tuesday, the Bills said, “We are aware of the incident involving Zay Jones. We are still in the process of gathering more information on the matter. At this point, we will have no further comment.”

TMZ reports that Zay Jones was released from custody Wednesday morning and that he's currently out on bond.

In TMZ's video, you can hear Jones yelling, "I'm going to fight for Jesus." Witnesses told TMZ that his brother was attempting to keep him from jumping out the window.

Read the TMZ report and watch the video here.