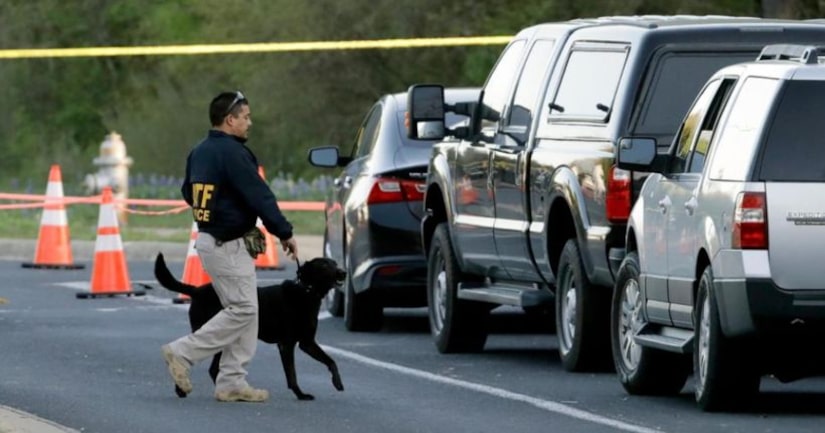 By Will Weissert and Jim Vertuno, KABB

Austin's beloved local motto — repeated with equal pride by college students and high-priced lobbyists, self-proclaimed slackers and 20-something tech hotshots -- isn't meant for things as sinister as the string of deadly recent bombings.

The blasts sent a deep chill through a hipster city known for warm weather, live music, barbecue and, above all, not taking itself too seriously.

It remains unknown whether that attitude made a more likely target of Austin, where the population and economy are booming, politics are liberal and diversity is rich.

Authorities say a 24-year-old white man they developed as a suspect through video sources and witnesses was responsible for five bombings that killed two people and badly wounded four others since March 2. The suspect died from a bomb blast inside his vehicle as officers surrounded him, police said at a pre-dawn news conference Wednesday.

"We do not understand what motivated him to do what he did, and that will be part of the continuing investigation as we try to learn more about him and to understand why he took the actions he did," Austin Police Chief Brian Manley said.

The blasts struck multiple locations, making detecting a pattern difficult. The first three explosives were hidden in packages left on doorsteps, while a bomb that went off on Sunday used a more sophisticated tripwire. Another parcel detonated Tuesday at a FedEx processing facility in Schertz, about 60 miles (96 kilometers) from Austin, near San Antonio.

Authorities warned early Wednesday that residents should remain vigilant in case the bomber planted additional explosives before his death.

Investigators previously said the blasts could be acts of domestic terrorism or possibly hate crimes since the victims of the first attacks were all black and Hispanic, though the two men hurt in Sunday's explosion were white.

The package shipped via FedEx came from Austin and was heading back to an Austin address, but authorities have not divulged details about where it was going.

"For us, it's personal. This is our home," Manley said Tuesday. He noted many crime statistics still rank Austin among the nation's safest cities.

The population has grown from less than 800,000 in 2010 to nearly 930,000 two years ago, according to census figures and city estimates. Factor in suburbs that have sprawled past Austin's northern and southern limits and the growth is even faster. The expansion has been fueled by an increasingly large Hispanic community, which has helped make Austin more diverse.

Nelson Linder, president of the Austin chapter of the NAACP, originally suggested it was no coincidence that the first two blasts hit victims with ties to people active in Austin's black community. But Sunday's explosion involved a tripwire along a public trail that could have ensnared anyone.

"It got everybody's attention," Linder said Tuesday. "No one is safe."

Austin is also a liberal bastion, happy to be the blue hole in the middle of the deeply conservative red doughnut of Texas. The county sheriff even campaigned and won on promises not to honor all requests from federal authorities when they ask that people jailed on non-immigration charges, such as drunken driving, be held longer for possible deportation.

Last year in response, the GOP-controlled state Legislature approved one of the nation's toughest laws against so-called sanctuary cities, empowering state and local police to inquire about immigration status during routine interactions such as traffic stops. The law prompted the sheriff to change policies.

Austin's economic surge has been anchored by a thriving tech sector featuring companies like Dell, Samsung and Apple. Facebook and Google also have offices here, and there's a chance Amazon's coveted HQ2 could be coming as well.

Ken Herman, an Austin American-Statesman columnist with a wickedly dry wit who has lived in the city since 1979 except for five years when he worked in Washington, puzzled over the question of why.

"There's a lot of new people who come to town, and maybe they're not accepted in for some reason — although this is a fairly accepting community, even if you're from California," Herman said. "It could be someone who says, 'Austin isn't what it used to be.' Who knows? That's what's so diabolical about this."

Austin has endured dark times before. It was still a sleepy college town in August 1966, when Marine-trained sniper Charles Whitman climbed to the observation deck of a clock tower on the University of Texas campus and opened fire in an attack that introduced Americans to the idea of a mass shooting.

Still, the bombings have not scared people into staying home or disrupted daily routines. Two bombs exploded during the South By Southwest festival last week, but the blasts were far from the main attractions. A PGA golf tournament begins Wednesday on the city's western outskirts, well removed from any blast site.

Austin is also home to the UT campus, one of the nation's largest universities, with about 50,000 students. Fall football games draw 100,000 fans. But no bombs have so far been placed near the university, and they have similarly spared the city's tech and entertainment districts.

Instead the explosions have hit nondescript suburban enclaves that could be neighborhoods anywhere.

Manley, the police chief, said Wednesday authorities will continue looking into the bomber's motivations, but he would not say whether the man was a local or provide any information about his background.

FULL STORY: Bombing suspect is dead, but why did he target Austin? - KABB

How investigators found and caught the Austin bomber