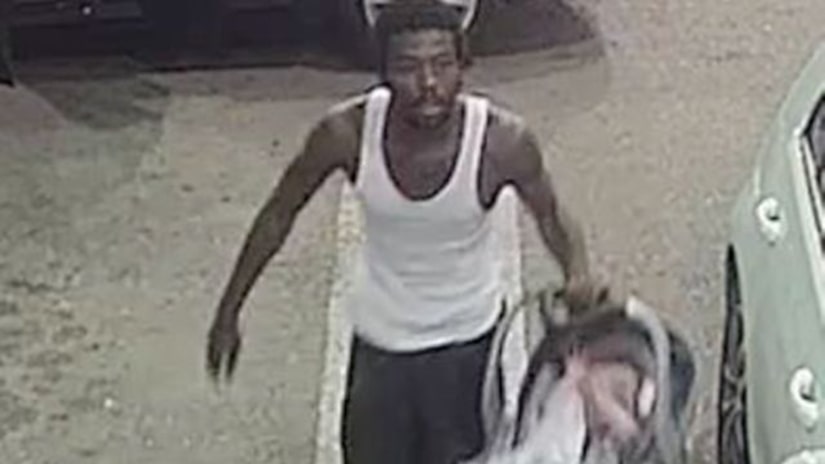 PALM BEACH COUNTY, Fla. -- (WPTV) -- Law enforcement is still looking for a man who stole a car with a baby inside at a gas station near West Palm Beach early Tuesday morning, then drove the vehicle and later dropped off the infant at another store.

Detectives said a black Kia Rio was left running with a 5 1/2-month-old baby inside parked at a RaceWay gas station on Wallis Road and Haverhill Road.

Surveillance video from the RaceWay shows the thief arrived in a white sport-utility vehicle around 3:24 a.m. The thief, who was wearing a white tank top, then walks to the Kia Rio, looks around, gets inside and drives away.

Minutes later, video shows the owner of the Kia Rio coming out of the RaceWay looking confused and searching for his vehicle. After noticing his vehicle is gone, the Kia Rio owner then goes back inside the store to get help.

After taking the Kia Rio, the thief is then seen pulling up to the Sunoco gas station on State Road 7 and Okeechobee Road in Royal Palm Beach.

He's caught on surveillance video struggling for several minutes trying to get the baby's car seat out of the car. The man is then seen carrying the car seat to the entrance of the gas station. The baby was left at the gas station unharmed.

Michelle Ashby, who works at a deli inside the gas station, was at the store when the thief dropped off the infant.

Ashby said the man approached the store and pounded on the locked door with the baby in a carrier.

"The doors were locked, so he came up and was banging on the door frantically. The overnight clerk came up to the door, and I guess shouted through the door, 'What's going on? He kept saying, 'Take this baby, take this baby,' so he just opened the door and took the baby and called the police from there," said Ashby.

Deputies tracked the stolen vehicle to Sansbury Way and Okeechobee Blvd where a perimeter was set up to search for the vehicle thief.

PBSO said they were unable to find the person.